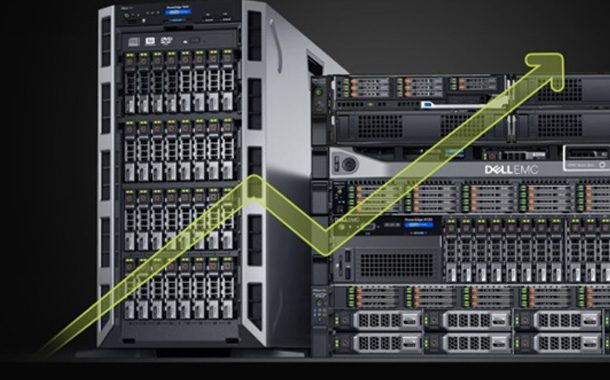 Industry-standard server vendors’ product announcements often focus as much on the components that strategic partners provide as they do on new solutions. That is a natural approach since off-the-shelf components play vital roles in new system features and capabilities. So, it is sensible for vendors to spotlight their partners’ latest/greatest technologies.

That was certainly the case last week when Lenovo, HPE and Cisco Systems all launched new solutions highlighting the benefits offered by AMD’s new EPYC 7003 Series Processors. But one vendor – Dell – followed a considerably different path by announcing a portfolio of 17 new PowerEdge servers featuring both AMD EPYC 7003 and upcoming Intel Xeon Scalable processors. Let’s consider why the company broke from the server vendor pack and why that is important for Dell’s partners and customers, including those that work with the company’s OEM organization.

Some might say that I’m splitting hairs here in focusing on rhetorical trivia that will have little, if any, impact on actual events. After all, won’t other system vendors celebrate the launch of the new Xeon Scalable chips (aka Ice Lake) with new and refreshed servers when Intel makes its formal announcement on April 6?

Absolutely. It is arguable that giving AMD and Intel, along with their respective new silicon solutions, full individual attention accords them the respect they deserve and may be less confusing than trying to spread attention across a host of new server products featuring both companies’ chips. After all, complexity is often the enemy of simplicity, especially when it comes to communications.

However, complexity is not always or even necessarily an adversary. In fact, if you handle it with care, complexity can become an ally, especially in the service of telling full and comprehensive stories. That was Dell’s strategy—using new silicon features and functions to highlight server innovations resulting from both its partners’ and Dell’s own development efforts.

Those include eye-opening enhancements in system performance (including boosting workload-specific solutions), energy efficiency and system cooling, edge computing and security that span the entire PowerEdge portfolio. This approach also provided Dell the opportunity to emphasize the value of its recently announced Project Apex cloud-as-a-service solutions and its Flex on Demand offering for acquiring and paying for data center products.

What do customers and partners gain?

Why is this approach important to or even preferable for Dell’s customers and partners? Most importantly, it provides valuable context for the improvements that the company is executing across all its server lines. Sure, new CPUs and GPUs have major roles in that effort but, as Dell noted, the new systems are also bolstered by 1,100 patents the company either owns or has filed. Plus, PowerEdge servers offer features exclusive to Dell, including the company’s Secured Component Verification and Root of Trust offerings.

It is also important to remember the relative competitive positions of AMD and Intel. While the former has enjoyed notable success under the leadership of CEO Lisa Su and her executive team, its data center market share remains well below 10% and its EPYC revenues/earnings are a fraction of what Intel derives from Xeon Scalable. The IT industry loves David vs. Goliath stories, but in practical terms, more data center customers care about Intel’s newest Xeon chips than AMD EPYC.

Finally, as companies approach the end of the traditional fiscal year, many are finalizing purchasing and development plans for the year ahead. That has been a fraught process for companies during the Covid-19 pandemic, so it is vital for vendors to provide as much clarity about new and near-term solutions as possible. This is a particularly important point for Dell’s sizable channel partner community and customers in its multi-billion-dollar OEM business whose businesses depend on long-term guidance.

Like most portfolio refreshes, Dell’s new and upcoming server portfolio has much to like. In particular, the company’s new PowerEdge R6515 (AMD) and R750 (Intel) deliver notable boosts in performance for business-critical and highly virtualized applications. The same can be said for the new HPC- and AI-focused PowerEdge XE8545 (AMD) and R750xa (Intel), both of which feature NVIDIA GPUs and software solutions. Finally, Dell’s new Intel-based PowerEdge XR11 and XR12 ruggedized systems should significantly increase the options available for customers focused on building or enhancing edge computing environments.

Overall, by telling the story of its new PowerEdge portfolio in full, Dell has done right by its strategic silicon partners. More importantly, the company has also provided valuable information and actionable insights to its data center customers and channel community. By making complexity an ally, Dell has made itself a better ally to those who depend on it.

Charles King is a principal analyst at PUND-IT and a regular contributor to eWEEK. He is considered one of the top 10 IT analysts in the world by Apollo Research, which evaluated 3,960 technology analysts and their individual press coverage metrics. © 2020 Pund-IT, Inc. All rights reserved.