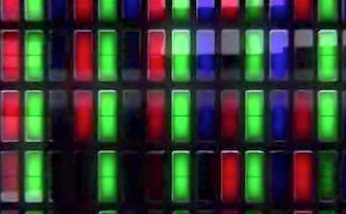 Google will begin selling its own Chromebooks “later this year,” The Wall Street Journal reported Feb. 20, adding that it’s unclear which of Google’s hardware partners it’s working with to manufacture the devices and that a Google spokesperson declined to comment.

The report follows what is said to have been a leak of promotional video featuring the Chromebook, which, if the video is legit, will be called the Pixel and will feature a screen resolution of 2560 by 1700 pixels.

The video showed up on the Google+ site of Chrome expert Francois Beaufort, Fast Company reported Feb. 6. The site explained that “Beaufort found the video on a Vimeo channel owned by Slinky.me, whose CEO Victor Koch is a former Google engineer.”

Koch, in a statement on his site, apologized that some projects were leaked, saying that all the company’s servers “were attacked by hackers.”

In the video, a voice explains that a pixel is “the smallest bit of a picture, made from red and green and blue lights. Now, by itself, a pixel isn’t much. But all together, pixels create entire worlds.”

Toward the end of the one-minute, 38-second video, which backs away from the single pixel to show an image of a jellyfish, and then a finger reaching out to manipulate the jellyfish on the screen, the voice says, “Though we don’t know exactly what the future holds, we hope you’ll help to shape it, with this laptop, designed by Google, down to the last pixel.”

Microsoft, like Google, is a once software-only company with an increasing interest in producing its own hardware, as well, a model that offers more control and that Apple has perfected.

Microsoft surprised the industry—and reportedly even some of its hardware partners—last summer, when it introduced the Surface RT and Surface Pro, tablets that offer a laptop-like experience, and it’s rumored to be also working on its own smartphones to run its Windows Phone 8 platform.

Google currently offers a Nexus 4 smartphone as well as Nexus 7 and Nexus 10 tablets, created with hardware partners that put their branding second to Google’s.

While Google has kept Chromebook sales figures to itself, its partners say they’re doing well with them. A Jan. 27 Bloomberg article quoted Acer President Jim Wong as saying the company was having better luck selling the inexpensive Chromebooks than competing devices running Windows 8.

Samsung makes a $249 Chromebook that has become the best-selling laptop on Amazon, and Lenovo and Google announced plans in January for a ThinkPad X131e Chromebook. Hewlett-Packard has also gotten into the game, introducing the Pavilion 14 Chromebook in early February, though, with the startling price of $329.99.

The traditionally low pricing for the Internet-rich but otherwise rather bare-bones hardware has helped make them popular in classrooms and increasingly also in corporate and government deployments.

“Google’s Chrome OS is showing great appeal to a growing consumer base,” Kevin Frost, HP vice president and general manager of consumer PCs, printing and personal systems, said in a statement. He added that the Chromebook will combine HP’s service and brand with “the best of the Google experience.”