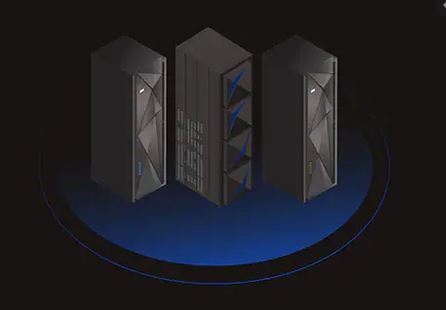 The IBM mainframe endures as both a concept and commercial system for several factors, but chief among them is the architecture’s inherent flexibility. That has allowed IBM to craft new offerings that offer the modern’s mainframe’s essential availability, scalability, performance and security features. It also includes support for open technologies in often highly variable packages.

Among these is IBM’s LinuxONE, an enterprise-grade platform with mainframe-class features built for hybrid cloud environments and modern businesses. LinuxONE solutions are optimized for open-source architectures, including Red Hat OpenShift, Kubernetes and IBM Cloud Pak. The new LinuxONE III Express that IBM announced this week delivers on all of these points but also takes the platform in a considerably different, even radical, direction in terms of configurations and focus markets. Let’s look at that more closely.

So, what exactly is the LinuxONE III Express? According to Ross Mauri, GM of IBM’s Z and LinuxONE organization, the new solution is “designed to be an off-the-shelf option for startups, business partners and ISVs (and) built … to get clients up and running quickly.”

When Mauri says “off-the-shelf,” he isn’t kidding. The LinuxONE III Express is a pre-configured system based on the LinuxONE Model LT2 that IBM introduced a year ago. The new solution comes with a set number of cores (13), memory (1280GB), networking cards and other features, with price and configurations adjusted according to the number of cores and memory that are activated.

For example, the base price of $135,000 delivers a solution with four cores and 384GB of memory activated (Note: check here for pricing details). However, “activated” doesn’t mean fixed forever. Like other scalable IBM solutions, additional cores and memory can be activated with a simple microcode upgrade, so the system’s capabilities can keep pace with the customer’s compute requirements.

IBM has developed additional packages for specific scenarios and applications. These range from an implementation package of training and support for customers new to LinuxONE to packages designed for advanced virtualization workloads and IBM digital assets, including Crypto Express and Data Privacy Passports.

This is all interesting but who in the world needs a pre-configured, off-the-shelf solution like this? Plus, why would IBM even contemplate, let alone develop an offering like LinuxONE III Express?

On the first point, the company noted that the new system was designed as a cost-effective solution for popular workloads, such as data serving and Red Hat OpenShift. The company highlighted internal tests showing that a 12-core IBM LinuxONE III Express server with WebSphere and Db2 requires 18.7 times fewer cores than comparable x86 servers to run workloads on a core banking application. That same system was also estimated to deliver a 57% lower TCO than the x86 servers over three years. (Details of the study are available in Mauri’s post on the LinuxONE III Express).

Those are compelling figures, but what other points could make IBM’s new offerings appealing? Consider first that Linux-specific systems have become the solutions of choice for a wide range of organizations and processes, particularly those focused on hybrid cloud and business modernization. LinuxONE III Express joins that growing server market and sets itself apart by delivering proven enterprise-class capabilities in an off-the-shelf package. In short, any organization considering or planning to purchase $100K-$250K Linux servers now has a compelling new option.

A final point is IBM’s intent that its channel and business partners will support and market the new systems to their small- to medium-sized business clients. That seems entirely possible, since some of those partners face challenges in finding traction in IBM’s large enterprise-focused solutions. The low entry cost of LinuxONE III Express and IBM’s featured packages should both create opportunities for developing and delivering value-added services to partners’ typical customers and organizations that aren’t on IBM’s radar.

While IBM has developed medium-sized mainframes in the past (starting with the Z9 Business Class (BC) systems in 2006), the LinuxONE III Express is the most modestly sized and priced scalable mainframe-class solution the company has ever developed.

At the same time, more than a few of those sales opportunities are likely to be challenging, especially those involving clients who know little or nothing about IBM’s LinuxONE solutions. In those engagements, the importance of IBM’s business and channel partners can’t be overstated since, along with conventional marketing and sales functions, they’ll be shouldering responsibility for educating prospects about the LinuxONE III Express.

If these scenarios work out as IBM intends, they should deliver substantial value to both the company and its partner community. Moreover, they will highlight how the LinuxONE III Express stands as another impressive evolutionary step in IBM’s continuing journey in enterprise computing.