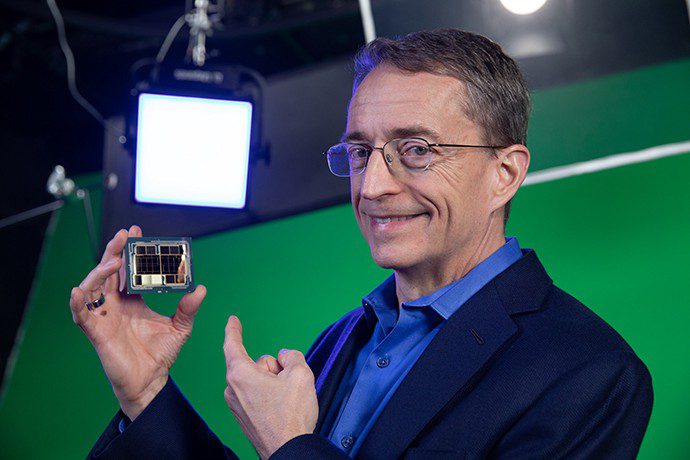 Intel CEO Pat Gelsinger gave one of the most momentous speeches I’ve heard in my decades in the technology industry on the evening of March 22. It was so comprehensive and far-ranging that it will literally set the pace for peers, rivals, customers and suppliers for years to come.

Gelsinger, who recently returned to Intel after eight years leading VMware, was so energetic in his exposition and question-answering that he didn’t hesitate to grab the helm from George Davis, his CFO, on a tricky financial question (he did soon thereafter let Davis elucidate further on his points). But there was nothing that Gelsinger didn’t command.

No big surprise that the stock was up 6.6% in after-hours trading. This stuff is earth-shattering.

Intel will become a foundry for first time

So, first, Intel will become a foundry — like TSMC, Samsung, GlobalFoundries and UMC — and not just for x86 silicon–its own bread and butter–but also for ARM and RISC-V parts, making it a potential supplier to anyone who has their chips fabricated by others. Mind-boggling to think that Qualcomm, recently a bitter rival, is now a potential customer. And this isn’t made up. Gelsinger cited Qualcomm specifically as a company Intel is talking with about fabrication services.

To run the new Intel Foundry Services division, the company has tapped industry veteran Randhir Thakur, who will report to Gelsinger and have full profit-and-loss responsibility.

Interesting and complicated relationships with other companies

But bend your mind around this: Intel will also be a buyer of foundry services — from exactly that same group of players — Samsung, TSMC, GlobalFoundries and UMC — against which it is now theoretically competing for business. The company lagged rivals, particularly Samsung and TSMC, in the 10nm round, and it still needs leading-edge capacity to make its highest-performing parts. Intel will buy such services from these rivals until it pulls abreast again in process node development.

There’s more: Intel will invest in homegrown semiconductor capacity in the United States, including secure facilities (with scrubbed supply chain) to produce chips for the U.S. government and commercial customers. It also will replicate a similar program in Europe, building semiconductor factories there. By constructing foundry capacity on two continents, Intel will create a counterbalance to Asia, where all the other fabs except GlobalFoundries are today.

To kick off this fab-building fest, Intel is committing $20 billion to build two new plants in Arizona and promises to erect more in the United States and Europe in the coming years. Of course, the state of Arizona has created financial incentives to help Intel confirm its commitment, but Gelsinger said the company would have taken this direction even without the subsidies. He also mentioned that the Biden administration is helping out financially, particularly with the security business.

Ever the geek, Gelsinger spent some time in the deep weeds, talking about Intel’s architectural direction, which is toward dozens of “tiles” (rather than chiplets) on the same package, including potential tiles from different process nodes (e.g., 22nm, 10nm, and 7nm tiles could all live on the same package and share tasks over a proprietary high-speed on-package interconnect). He also gave a brief product roadmap presentation.

Emphasizing what Intel brings to the table, Gelsinger repeatedly touted the company’s leading-edge packaging technologies, its process node development capabilities, its vast software assets and its silicon manufacturing expertise, saying these strengths position the company uniquely to lead semiconductor development in the West.

Yet there was a bit more to squeeze into a perfectly orchestrated hour. Intel will bring back its annual conference, which, as Intel Developer Forum (IDF), was discontinued in 2017. The new industry gathering will be called Intel ON.

Again, in the deep geek mode that he wears so effortlessly, Gelsinger talked about this rejuvenation of Intel as “IDM 2.0”. You’d have to know that IDM stands for Integrated Device Manufacturing, which by itself still means nothing. Once you run the decoder ring, it means they do their own knitting; that is, they design semiconductors that they also make. Qualcomm designs chips that others make, and TSMC makes parts that others design. An IDM does both.

In IDM 1.0, everything that’s happened to date was about Intel’s designs and ability to make parts itself, which it then sold to customers. In IDM 2.0, the company will design and make chips for others as well as for itself and will have others make some of its parts. Got that?