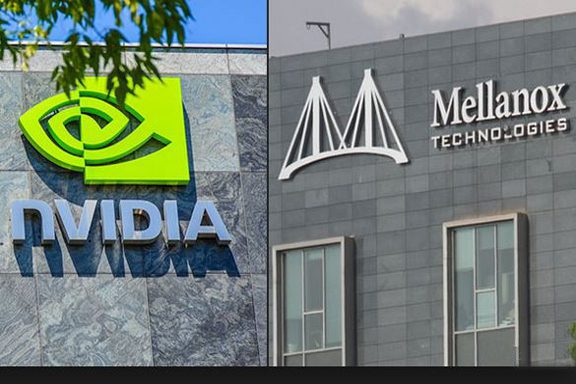 Being Canadian, I like to reference all things Canada. One of my favorite business quotes comes from the great Hall of Fame hockey player Wayne Gretzky, who stated it was important to “skate to where the puck is going to be, not to where it has been.” While it was made in the context of sports, it is highly applicable to the business world, where organizational leaders must always plan for what’s next.

Graphics processing unit market leader Nvidia this week made a move for the future when it announced the intention to acquire Mellanox for $6.9 billion, beating out several other possible suitors, including archrival chip maker Intel. That purchase price equates to about $125 per share, which represents about a 15 percent premium on Friday’s closing price but a 50 percent increase of the Mellanox stock price in January when the acquisition rumors started.

I’m a firm believer that if an acquisition is a good one, the acquiring company can’t pay too much, and if it’s bad one, it can’t pay too little. For example, EMC could have paid double what it did for VMware and it would still be looked at as a great acquisition because it transformed the company. Despite the size of the premium, I believe the coming together of Nvidia and Mellanox has transformative potential because it addresses the future of the data center.

The data center is moving away from being a place that companies store data to a place where data is analyzed to find insights. Increasingly, the analysis is being done by artificial intelligence, machine learning and deep learning techniques. Today, this is common in supercomputer environments—such as in the big cloud providers—but eventually all enterprises will need to design their data centers with a supercomputer-like architecture. This is an industry that Nvidia and Mellanox know very well, and between the two of them, they power 250 of the largest computers in the world.

Within the data center, there are two dynamics at play that helped put both Nvidia and Mellanox in leadership positions. The first is the slowing of Moore’s Law. For decades, Intel co-founder Gordon Moore’s prediction that the number of transistors on an integrated circuit would double every year to two years held true. This meant processor speeds also jumped accordingly. The past few years have seen Moore’s Law slow down and CPU speeds increase marginally. This has nothing to do with innovation within the chip makers, rather physical limitation of silicon being reached.

At the same time, data workload sizes have grown as have compute requirements for deployments such as machine learning, which are causing traditional CPUs to fall even further behind. This is what gave rise to GPUs as a mainstream data center technology. GPUs are well-known to gamers as the “brains” of high-end graphics cards. As it turns out, the parallel processing capabilities of AI and ML are very similar to the needs of video game graphics. Over the years, Nvidia has built faster and faster GPUs to meet the demands of different types of data center workloads. This includes the previously mentioned AI and ML but also includes video rendering, accelerated computing and other trends.

The second trend happening is the fractionalization of applications. In the past, applications were always run on a single server. Today because of virtual machines, containers and other trends, apps are run across multiple computers, which is why east-west traffic in the data center has exploded. Here is where Mellanox made its mark.

The company was a pioneer in InfiniBand, which many experts have predicted would die at the hands of Ethernet years ago. As it turns out, InfiniBand excels in server interconnects, and the more disaggregated applications get, the more it drives Mellanox’s products. Mellanox also offers high-speed Ethernet products as well for customers who prefer that option. In either case, Mellanox has been a leader in tying disparate data center components together.

Having the two companies live under the same umbrella makes sense with the evolutionary path of the data center. Nvidia makes things faster in the box, and Mellanox does the same between boxes. Looking ahead, the combination of the two companies can address a data center where the data processing and interconnection technologies are integrated. Nvidia has already done this on a smaller scale. Its NVLink Fabric ties together up to eight GPUs to effectively create a single GPU fabric inside a server. Nvidia CEO Jensen Huang has referred to this as the company’s “X-factor.” The technology would enable Nvidia to extend that X-factor outside the box, making the data center look like one big processing fabric addressing the high-performance requirements of applications that are highly fractionalized.

I’ve read in both the trade press and financial news that this might change the competitive dynamics between Nvidia and its server and network partners. It might at the margin, but Nvidia has been great at building reference architectures to address new requirements and then turning the design over to its partners. For example, its DGX servers were built to deliver a turnkey GPU-enabled server. A few leading companies purchased them—including Facebook—and once the design was proven, Nvidia turned the architecture over to the server manufacturers. I could see the same thing happening with network products that might cause some competition with companies like Arista and Cisco, but Nvidia has shown an ability to navigate this kind of co-opetition before.

Why Mellanox? Why Now?

One question that I’ve had from the media and investors is this: Why did Nvidia need to buy Mellanox now? They’ve worked with them for years and had a very fruitful partnership, so one wonders why they couldn’t simply continue down that path. Some people speculate that this was a defensive move to keep Mellanox out of the hands of Intel, which is rapidly losing its dominant position in the data center. No one wants to see a competitor get stronger; Mellanox would have made Intel stronger, so I’m sure part of Nvidia’s interest was driven by Intel’s offer.

However, the one thing I know about Huang is that he believes that if Nvidia executes well, what the competition does won’t matter, and he’s been right about it during the past few years. I believe the purchase of Mellanox is driven primarily by the ability to control the roadmap and to ensure processing and connectivity are always in lockstep. If one is faster than the other, the overall performance of the system is limited to the weakest link. By having control of both, Nvidia can ensure the roadmaps are in sync.

Data centers are changing and changing fast. They used to be dominated by Intel servers and big storage systems, but the evolution of applications and the rise of AI have put connectivity and GPUs at the forefront. Nvidia’s purchase of Mellanox was certainly expensive, but it’s the right move for the company as it looks to skate to where the data center puck is going. Enterprise CIOs should use this as a signal that AI and ML are close to being mainstream, and they should be taking a serious look at evolving their own data centers.