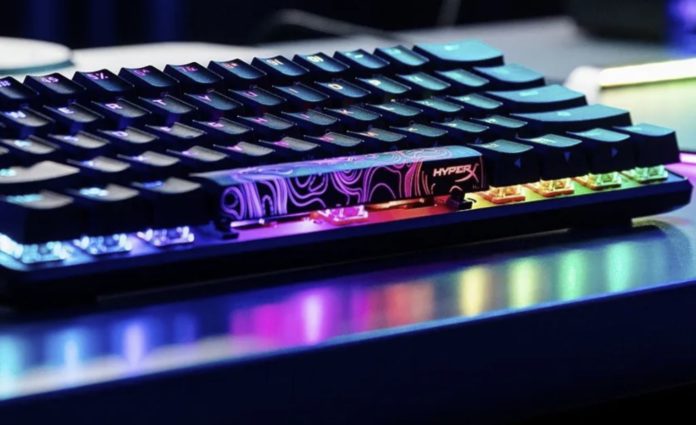 It’s been over half a decade since a Windows operating system (OS) launch made significant headlines – June 1, 2015, in fact when Microsoft introduced Windows 10 with an “Upgrade Your World” advertising campaign and “A more human way to do” tagline that emphasized the company’s aim to fully personalize the experience of end users.

Microsoft also positioned Windows 10 to be an ultimate bridge to what it believed would be a future in which, rather than be a standalone entity, the OS became a transparent foundation supporting activities and applications of every kind. That once lofty goal carried more than a little irony during last week’s introduction of Windows 11 which will begin shipping later this year.

Some commentators viewed the new OS as a mostly cosmetic upgrade to Windows 10. However, with the help of Intel, Microsoft is also using Windows 11 to pivot toward hybrid compute processes and methodologies that could help the company achieve the goals it espoused in 2015. Let’s consider this more fully.

The evolution of hybrid personal computing

Microsoft itself discussed the notion of hybrid computing related to the Windows 11 launch in a blog by Wangui McKelvey, GM of Microsoft 365 who framed the concept in terms of effectively mixing work and learning. That’s a compelling argument, especially considering the experiences of people and organizations during the Covid-19 pandemic.

However, hybrid personal computing has been expanding for the better part of two decades as organizations, employees and consumers kept pace with the evolution of existing and new technologies. For example, in the 1990s and early 2000s, there were often stark differences between the compute devices people employed at work and at home. Those issues became deeper and broader as smart phones, including Blackberry, iPhone and Android were broadly adopted, and as digital features and user interfaces (UIs) were employed in workplace devices and home appliances.

In effect, people have become “multi-lingual” when it comes to the devices they use, switching easily between, say, a Windows desktop at work, an Apple or Android phone, and Windows laptops, Android tablets, Apple iPads and Mac laptops at home. Toss in smart home appliances, including devices utilizing voice technologies, such as Google Voice, Apple Siri and Amazon Alexa and what is simply a modern home or office to most folks might appear to be a digitized Tower of Babel to many others.

Microsoft clearly understands this and, in 2015 attempted to create a single architecture and interface that would link its homegrown solutions closely to business and consumer customers. As Tony Prophet, VP of Windows Marketing during the Windows 10 launch noted, “We’re trying to create one platform, one eco-system that unites as many of the devices from the small, embedded Internet of Things, through tablets, through phones, through PCs and, ultimately, into the Xbox.”

So why has the company decided a Windows 10 successor was called for? That’s impossible to answer fully, but I expect contributing factors include the tepid growth of Microsoft’s app ecosystem and store, and the continuing expansion and success of Android and Apple iOS apps for mobile devices. In 2015, approximately 650,000 apps were available in the Microsoft Store, compared to about 800,000 today.

By contrast, in 2015 the number of apps available from Google’s Play Store had reportedly surpassed 2M, eclipsing Apple’s App Store for the first time. Though Google itself doesn’t release Play Store metrics, others have estimated the current number of available apps to be a bit under 3.5M while Apple’s App Store offers just over 2M apps. The Amazon Appstore trails a distant fourth with under 500,000 apps.

To deliver on its strategy of fully personalizing computing, Microsoft needed a way to tap into other mobile app ecosystems. Apple was clearly beyond the pale. Outside of its “closed garden” technological approach, the company has never achieved a significant position in the general-purpose business computing markets that are vital to Microsoft. Amazon is focused on certain commercial segments, but its Appstore offerings largely focuses on consumer solutions and content.

Given the size and diversity of the Play Store, Google was the most sensible and potentially valuable strategic ally for Microsoft to consider. Plus, there were precedents for operating Android apps on Windows devices, including using applications like Microsoft’s Your Phone and Dell’s Mobile Connect that enable phones to be synched or integrated with PCs, or running them in emulators (like BlueStacks App Player or NoxPlayer). In other words, there was history that both companies could build on.

The larger questions were technical, mainly how best to enable apps written for one operating environment to run seamlessly and securely in another that was deployed in numerous, often disparate PCs developed by multiple global vendors. Achieving those goals in software alone would be daunting for Microsoft without the assistance and collaboration of key strategic hardware component partners.

On the same day Window 11 was launched, Intel announced a new Bridge Technology which it said will enable applications, including Android apps, to run natively on x86-based devices, including running those applications on Windows. What exactly is Bridge Technology? Intel calls it “a runtime post-compiler” but said further details would have to wait until Windows 11 is officially available.

Interestingly, Intel stated that Bridge Technology will be compatible with approved products from other x86 vendors, including AMD, and with hardware utilizing Arm-based processors. That is a crucial point for Microsoft since it uses both AMD Ryzen and Arm-based silicon in its Surface solutions. Plus, many of the company’s OEM partners, including Dell, HP, Lenovo and ASUS are producing laptops and desktops based on non-Intel silicon.

Pursuing an approach that denied Android app availability to a sizable number of Windows PC users would have been disastrous for Microsoft. Plus, making Bridge Technology available to all Windows OEMs regardless of the silicon they used offered Intel and its new leadership, including CEO Pat Gelsinger to take a “high road” bow.

The Windows 11 launch contained other notable surprises, including the announcement that Android developers marketing their apps through the Microsoft Store will only be charged a 15% sales fee or half of what Apple charges the vast majority of developers for AppStore sales. Coming shortly after Epic Games challenged Apple’s AppStore fees with an antitrust suit, Microsoft’s announcement might be construed as little more than public posturing. However, it could also be mightily attractive to app developers, especially those focused on business solutions who are determining which platform offers the best and most profitable opportunities.

The future of Windows 11 certainly isn’t set in stone. In fact, Microsoft’s messaging around which systems would support the new OS was badly jumbled and it has since publicly apologized and removed a flawed Windows 11 compatibility checker. But if the company can get recover successfully, the platform’s new and improved features, including integrating tens of thousands of new Android apps could enable Microsoft to finally achieve what it aimed for with Windows 10 – to enable “a more human way” to utilize technology.

Put another way, if Windows 11 delivers the goods, Microsoft, Intel and the pair’s other strategic partners should finally, fully be able to support the hybrid personal computing that technologically multi-lingual organizations, workers and consumers have been performing all along.