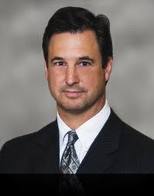 I don’t normally pay close attention to division commanders, but I did notice HP’s Marius Haas is out. Two weeks ago, Haas ballyhooed the introduction of HP FlexNetwork at Interop.

Aaron Ricadela of Bloomberg reported Sunday that Haas and several other HP executives were leaving.

The news caught my eye because of 3Com and Cisco. HP acquired 3Com at the tail end of 2010, thus entering the data center networking business. Cisco launched its UCS (Unified Computing System) in 2009, marking Cisco’s entrance into the data center server business. HP and Cisco, once partners, are now competitors.

For IT managers, this is all good news. Competitive choice likely means that innovative network changes may flourish while pricing is reasonably constrained. But that’s a pretty big “may.”

While Haas talked a lot about the A10500 during his remarks at Interop, the switch chassis equivalent of Cisco’s vaunted Catalyst 6000 family is not yet available in the United States. And the FlexNetwork architecture that Haas launched at Interop is taking on Cisco’s FabricPath, which has a good two-year head start.

Reportedly, Haas was one of the HP executives who oversaw the 3Com acquisition. Perhaps his leaving, upon the announcement of FlexNetwork is the culmination of a project. Perhaps others, as yet unnamed by HP, will push the rest of the newly announced switch family off the loading dock and into data centers.

I will say that the idea of a new–as yet unproven–network architecture from HP seems a little less appealing with this holiday weekend announcement of Haas’ departure. I will definitely be watching to see who HP names as a replacement, and I encourage IT network managers to do the same.