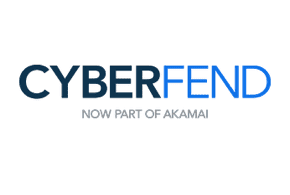 Josh Shaul, vice president, web security product management at Akamai, told eWEEK that the full financial terms of the deal are not being publicly disclosed and Cyberfend staff will be re-locating to Akamai’s Santa Clara, Calif., offices. Cyberfend was started in 2014 with the goal of helping to improve the state of bot detection.

Automated bots can be used by attackers in various ways to exploit users and sites. A study released in January from the Association of National Advertisers (ANA) and security vendor White Ops, found that bots are widely used by attackers to defraud advertisers.

“We took that a step further and gave customers a wide variety of options to determine how best to deal with the bots detected, with the management part of Bot Manager,” Shaul said.”With Cyberfend, we’re adding new and different detection capabilities to the mix which is intended to strengthen our detection capabilities to allow our customers to detect the most sophisticated bots out there.”

There are multiple vendors in the market today with various forms of bot detection platforms, including PerimiterX and Distill Networks. In a video interview with eWEEK earlier this year, Rami Essaid, co-founder and CEO of Distil Networks, detailed some of the challenges of bot detection.

As to why Akamai chose to acquire CyberFend, as opposed to a different bot security vendor, Shaul declined to specially comment on which vendors Akamai looked at, or didn’t look at, for a potential acquisition. That said, he did provide some generalizations about Akamai’s overall acquisition strategy approach.

Among the different factors that Akamai considers when making an acquisition is if the technology is a good fit with existing products and services. Another key factor is if the technology can be successfully integrated with complementary offerings and whether it fits current and future customer needs.

“We believe that Cyberfend best fit what we were looking for to complement our existing offerings in this area and would drive the best return on invested capital,” Shaul said.

Looking forward, Akamai already has a goal in mind for how the Cyberfend technology will be integrated into the Akamai product portfolio.