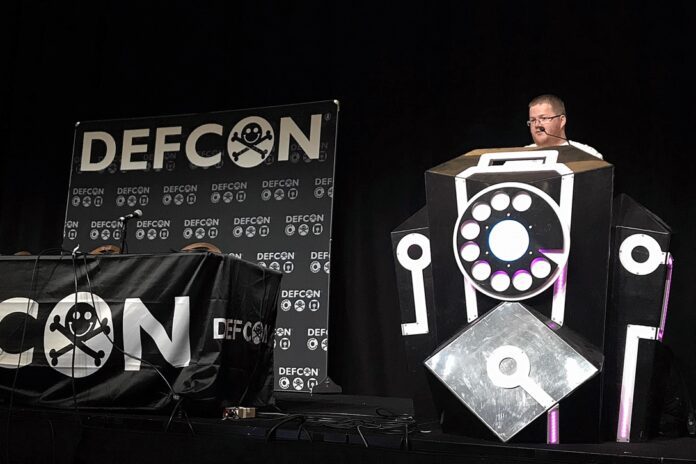 Hundreds of millions of Bluetooth devices are potentially at risk from a new Bluetooth attack vector called Btlejacking that was disclosed on Aug. 11 at the Defcon hacker conference in Las Vegas.

The new attack is a Bluetooth jamming method identified as CVE-2018-7252 that could enable a hacker to take over vulnerable Bluetooth connections with a simple $15 device and a few lines of open source code. The Btlejacking attack was disclosed by Damien Cauquil (pictured), head of research and development at Digital Security. Cauquil also unveiled open-source Btlejack Bluetooth attack software that enables sniffing, jamming and takeover of vulnerable Bluetooth devices.

Cauquil said existing techniques and approaches to attack Bluetooth Low Energy (BLE) connections have required costly hardware and have been incomplete, which is why he developed the Btlejack tool.

Intercepting and seeing traffic—an activity commonly referred to as “sniffing”—is not an easy thing for BLE, according to Cauquil. BLE by design has been built to make sniffing difficult with multiple techniques, including the use of three separate radio channels and the Frequency Hopping Spread Spectrum (FHSS), which is constantly moving signals around, he said. Existing technologies including Software Defined Radio tools, which cost upward of $200, can sniff some BLE traffic, and Cauquil said the popular Ubertooth One BLE sniffing hardware, which costs over $100, provides another option for those looking to sniff Bluetooth traffic. However, Cauquil said existing technologies are lacking as they don’t have visibility into BLE connections that are already active.

In 2016, Cauquil released the open-source Btlejuice project, which provides a mechanism to intercept BLE connections with a man-in-the-middle (MiTM) attack. While Btlejuice had some success, Cauquil admitted that it was complex to set up and didn’t support all types of BLE devices or pairing methods.

“It’s time to improve the BLE arsenal,” he said. “We need a tool that can sniff existing and new connections, uses cheap hardware and is open source.”

Cauquil said Btlejack is able to sniff both existing and new BLE connections, as well as jam BLE signals. Going a step further, Btlejack can enable the new CVE-2018-7252 attack, which Cauquil has dubbed “btlejacking” and could enable an attacker to take over a BLE connection. From a hardware perspective, Cauquil said all that is needed to run Btlejack is a Micro:BIT embedded computer, which is a $15 small board that was created by the BBC.

“The fun fact is the peripheral still gets packets back from the central device, so it’s not actually disconnected, ” Cauquil said. “Then we can have some fun.”

Btlejacking abuses the BLE supervision timeout to take over a connection and works on BLE versions 4.0 and up. Cauquil added that, like all BLE connections, the Btlejacking attack requires proximity of up to 5 meters from the target to work. In a series of recorded demos, he showed how Btlejack was able jam and then take over BLE connections on devices including an in-flight drone.

Btlejacking has been given the CVE-2018-7252 identifier, which actually is a set of three flaws. Cauquil said CVE-2018-7252 enables unauthorized access to a device even if it is already connected. Btlejacking also enables an attacker to bypass authentication, and it can keep the impacted devices’ internal state intact, which may lead to information leakage.

While Btlejacking is a new attack method, there is already a technical mechanism that BLE device vendors can implement to mitigate the risk.