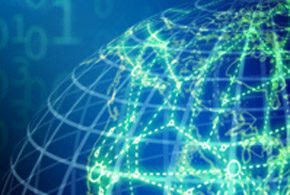 For the first time, cyber security experts have publicly identified an ongoing campaign of information-stealing Internet attacks with a group linked to China’s military.

In a report released on Feb. 19, incident-response firm Mandiant argued that a group within the People’s Liberation Army known as Unit 61398 is responsible for more than 140 attacks investigated by the firm since 2006. Among the targets:a large wholesale company that lost a price battle with China and security firm RSA, which attackers breached in 2011 to steal data related to its SecurID one-time password technology. The report brings together a large body of evidence—more than 3,000 indicators—as well as profiling three individuals that conduct specific duties in the unit.

The company is “strongly certain” of the connection between the group–known internally at Mandiant at “APT1”–and the Chinese military, said Richard Bejtlich, chief security officer for the firm. While it used Internet addresses, which are widely acknowledged as unreliable indicators of identity, as part of the information it collected, the company’s researchers mainly relied on other aspects of the attacks.

“When you factor in all the other elements of the group—the tools that they use, the ways that they operate—we just saw all the arrows pointing in the same direction here,” Bejtlich said. “This is the best you can get with unclassified sources.”

While the attacks by the group, known by other security firms as the “Comment Group” for their penchant to comment their HTML code, were found only a handful of times in 2006 and 2007, the attacks were much more frequent in the past two years. On average, the group infiltrated and stayed resident in victims’ networks for almost a year, Mandiant found.

U.S. intelligence officials reportedly agree with Mandiant’s conclusions. The Republican chairman of the House Intelligence Committee and other intelligence officials found the report “consistent” with their views of Chinese activity, according to a front-page article in the New York Times. Similar attacks from China compromised the New York Times’ network late last year, but those attacks were blamed on another group, known as “APT12,” according to Mandiant.

Security researchers, companies and governments have tiptoed around calling out China on these attacks, Bejtlich said. Mandiant aims to create a more pointed dialog around the issues, he said.

“We wanted to move the conversation away from theoretical Chinese hackers who could be anybody to one of reality—this specific group with this mission and this location—and we felt like we could do that with this group,” he said. “This group is so prolific and so active that they leave so much evidence behind and it all points in the same direction.”

China is not alone in hacking other nations and private industry. The United States is widely believed to have worked with Israel on Stuxnet, the cyber-attack that infiltrated Iran’s nuclear processing facility and caused widespread disruption of that country’s uranium refining operations. In addition, a classified U.S. intelligence estimate circulated secretly in January reportedly points to Russia, France and Israel as other nations that are active in cyber-espionage.

While the attackers have nation-state backing, the skill levels varied tremendously. In a video released by Mandiant, the company showed one attacker having trouble–for more than an hour, Mandiant stated–working with the remote-administration tool that had been installed on a victim’s server.

Some of the attackers would “log in and check their own e-mail, we see them logging into other social media sites,” Bejtlich said. “It really shocked me that they would break their opsec (operational security) in that way.”