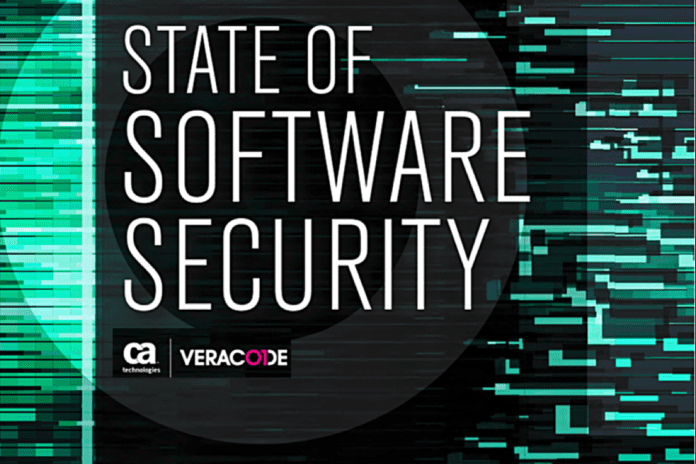 The state of software security in 2018 is marginally better than what it was in 2017, but there is still lots of room to improve, according to the 2018 State of Software Security report from CA’s Veracode division.

Among the high-level findings in the SOSS report is that 69 percent of discovered flaws were remediated or mitigated by organizations, which is a 12 percent improvement over the 2017 report. While organizations are patching more flaws than in prior years, Veracode found that over 85 percent of all scanned applications still had at least one vulnerability the first time they were scanned. The report is based on Veracode’s scanning of over two trillion lines of code across its customer base of 2,000 organizations.

“It is crucial for organizations to understand how many flaws in their software remain open and how long it takes them to address those flaws,” Chris Eng, vice president of research at CA Veracode, told eWEEK.

With 69 percent of flaws being patched or mitigated by organizations, there are still 31 percent of flaws that remain open and exploitable. Eng said that the time it takes for attackers to come up with exploits for newly discovered vulnerabilities is measured in hours or days.

“This year, we’ve taken a closer look at our customers’ fix rate, and when we look at the curve for the average fix velocity from the first day of discovery, we see that it takes organizations a lengthy amount of time to address the majority of their flaws,” he said.

The Veracode report found that one week after first discovery, organizations close out about 15 percent of vulnerabilities. Eng said that in the first month, the closure rate reaches just under 30 percent and by the three-month mark, the average organization is approaching halfway, closing 45 percent of all flaws.

There are a number of reasons why patching is a challenge for different organizations.

“Contrary to what some security staffers might believe, developers simply can’t wave a magic wand over the portfolio to fix the majority of flaws in an instant, or even a week,” Eng explained. “On top of that, there are other factors at play, including QA, product release cycles and other exigencies of delivering software to the real world.”

Eng added that the sheer volume of vulnerabilities present in most organizations’ application portfolios makes it necessary for them to make daily tradeoffs between security, practicality and speed. He said there are just too many vulnerabilities for organizations to tackle all at once, which means it requires smart prioritization to close the riskiest vulnerabilities first, since not every flaw type is created equal.

Looking at the flaws, Veracode found that 87.5 percent of all Java applications it scanned had at least one vulnerable component, which is a marginal improvement from the 87.6 percent in 2017.

“This year’s analysis shows a very strong correlation between high rates of security scanning and lower long-term application risks, which we believe presents a significant piece of evidence for the efficacy of DevSecOps,” he said. “The data shows a correlation between how many times a year an organization scans and how quickly they address their vulnerabilities.”

According to the report, the most active DevSecOps programs fix flaws more than 11.5 times faster than the typical organization.

How to Improve Application Security

“The most prevalent flaw types appear year after year,” he said. “That means organizations have made very little headway to create awareness within their development organizations about serious vulnerabilities, like cryptographic flaws, SQL injection and cross-site scripting.”

Eng added that organizations need to find effective ways to prioritize which flaws they fix first. That said, he noted that this year’s report shows good progress with closing flaws through remediation or mitigation, but there’s more work to do.

“An emphasis on training can help solidify an organization’s commitment to security,” Eng said. “Once developers understand that security is a measure of code quality at their organization, they will take steps to ensure that it is part of their development process.”