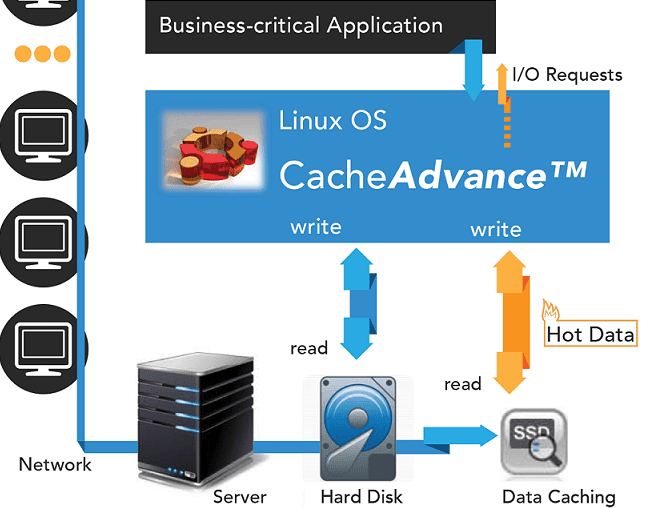 The announcement was made at the Flash Memory Summit here at the Santa Clara (Calif.) Convention Center. The annual conference, the largest in its sector with more than 5,500 attendees (up from 300 at the first FMS nine years ago), continues through Aug. 7.

Numerous market research reports have shown that when Internet users peruse sites for specific types of products and services, the Websites fastest to respond to queries and provide information in a speedy manner are the ones who most often land the sale. Pricing is often secondary to impatience; online attention spans have never been shorter than they are today.

The same is true in enterprise data movement. If it’s faster, it will be used, and more often.

As a result, the application optimization business is seeing a renewal of interest. CacheBox, a privately funded startup based in San Carlos, Calif. and founded by storage-industry veterans from Veritas, Symantec, sTec and others, is focusing specifically on data movement and application-centric speed performance.

CacheAdvance has a great deal of intelligence baked into it. It can intercept I/O requests intended for relatively slower hard-disk devices and reroute them to faster flash devices that have a cached copy of data required by the application. As a result, CacheAdvance increases performance levels by reducing the number of writes, which improves flash media endurance.” The software is hardware agnostic and compatible with NVMe, PCIe, SAS, or SATA flash storage.

“It’s all about the application. Application performance means more dollars for an enterprise, so it’s important that we provide solutions that deliver predictable performance in the most cost-effective way,” Salhi said.

“The team from Veritas/Symantec/sTec came over, we started with three or four guys, now we’re 30, all FTEs,” Salhi said. “We don’t outsource anything. Our product works on Linux, Windows and pretty soon VMware hypervisors. The building blocks are caching algorithms, done in a very unique way, and based on distributed cache. It optimizes data and offers quicker access to a device.”

CacheBox is led by longtime storage veterans. The company was co-founded by Salhi, COO John Groff and vice president of Engineering Murali Nagaraj. Salhi has spent more than 20 years in the flash/storage industry having previously served as vice president at sTec. Groff previously founded and served as the managing partner at Paragon Technical. Nagaraj has 20 years in storage and file system architecture experience and was the lead developer on CFS at Veritas/Symantec.