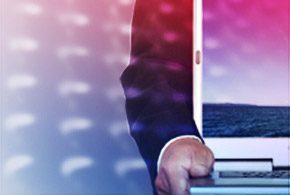 The vast majority (80 percent) of dads would rather receive a new state-of-the-art flat screen TV to watch this year’s NBA or NHL Playoffs for a Father’s Day gift rather than receive tickets to a championship game, according to a survey by online and mobile smart shopping service BuyVia.

“This year’s survey shows that enriching the family experience is important to today’s Dad,” Norman Fong, CEO and co-founder of BuyVia, said in a statement. “Yes, he’s interested in receiving the hottest tech products like a new state-of-the-art flat screen TV, Google Glass, or the Sony PS4, but the survey also showed that most of the technology he covets can be used at home with his family. So gift givers should think twice about more traditional gifts such as ties, golf clubs or tickets to a game.”

The majority of shoppers who plan to purchase Father’s Day gifts are looking to spend less than $100 on dad this year (55 percent), according to a similar survey of 4,921 U.S. online shopping consumers conducted by PriceGrabber. While a portion of shoppers indicated they plan to spend between $100 and $249 on gifts (23 percent), few plan to splurge over $250 (12 percent), while the remaining do not have a budget in mind (10 percent).

When shoppers were asked to select all the types of gifts they plan to purchase for Father’s Day, nearly one-fifth of respondents (18 percent) said they are planning to shop for a tech-type gift such as a computer, tablet or smartphone for dad. When shoppers were asked to select all the tech-type gifts they plan to shop for, tablets were the top choice again this year (41 percent). Notebook computers ranked as the second most popular gift choice within this category (26 percent), followed by smartphones (24 percent), digital cameras (20 percent), TVs (13 percent), and e-readers (9 percent).