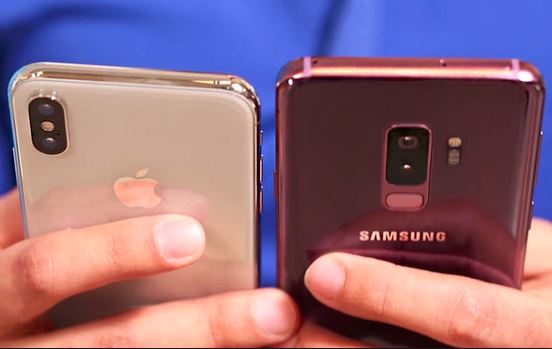 There are iPhone loyalists and Samsung loyalists, but which smartphones will be selling out this holiday season? According to a new survey by Swagbucks, an rewards- and loyalty-program company operated by Prodege, LLC, adults and teens are split between the two.

Overall, adults are most excited to purchase a new Samsung smartphone, with a third (32 percent) of adults choosing a Samsung, while a full half (51 percent) of teens are excited about an iPhone.

The national survey of 1,000 U.S. adults and 500 teens, conducted online by Prodege in October, also found that women most want the iPhone XS Max, while men want the Galaxy S10:

All I Want For Christmas Is …

When asked which non-electronic gift they want, teens and parents agreed on gift cards:

Americans Will Spend on Family, But Not Friends

The vast majority of American moms (82 percent) plan to spend the most money on their children this holiday season. This is also true of some American dads (58 percent), but a full third of them plan to spend more on their spouse or significant other.

The rest of American adults will drop the most money on a gift for their sweetheart. They will spend the least on gifts for their coworkers and extended family.

A quarter of Americans reveal that they plan to spend between $300 to $500 on holiday shopping this year (24 percent). Additionally, Americans say the sweet spot budget for one person’s gift is between $50 and $150 (43 percent).

Black Friday Continues to Be a Hot Shopping Day

The survey also found that 19 percent of Americans plan to shop on Thanksgiving itself, and a quarter (24 percent) will alter plans with their family to shop.

“Over the years we’ve seen people begin holiday shopping earlier and earlier,” said Chuck Davis, CEO and Chairman of Prodege, LLC. “Whether you begin your shopping during the summer or on Black Friday weekend, Swagbucks can help you save and earn money on all of your big ticket purchases, like the iPhone or Galaxy, or on clothing and gift cards.”

Swagbucks.com is a popular web-based rewards program that gives users free gift cards and cash for the everyday things they already do online. Swagbucks already has paid out more than $300 million in cash and free gift cards. Headquartered in El Segundo, Calif., Swagbucks is owned by Prodege, LLC, an internet media company that operates multiple customer engagement brands.