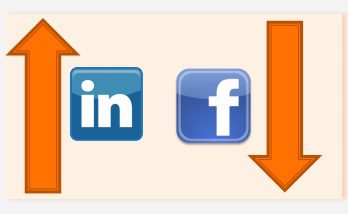 The majority (66 percent) of small businesses plan to invest as much or more in digital marketing, such as Websites, social media and online advertisements, as they did last year, according to the 2013 AT&T Small Business Technology Poll, which surveyed 1,000 small businesses nationwide.

To remain competitive, more small businesses are turning to LinkedIn as an easy and affordable way to create awareness, with 36 percent of such businesses saying they use LinkedIn for various reasons, including engaging with others in their industry and extending awareness of their business, a 16 percent increase over last year.

However, while LinkedIn saw an increase, Facebook participation among small businesses polled decreased from 44 percent to 41 percent over the past year. Use of location-based social media also decreased. For example, Foursquare use decreased from 9 percent to 6 percent year over year, the survey revealed.

“U.S. small businesses see incredible value and opportunity in digital marketing and are clearly increasing their presence as a way to gain access to new customers,” Cathy Martine, AT&T’s executive vice president of small business solutions, said in a statement. “With a variety of digital tools such as email, websites and social media, coupled with the ability to both deliver and access them from mobile devices, small businesses are building new connections without borders.”

The poll also revealed that a vast majority of small businesses are planning expand their online and digital presence through their company Websites and email blasts to customers in 2013. In addition, small businesses are likely to invest more in mobile marketing solutions, with 71 percent “somewhat likely” or “very likely” to increase budgets for marketing via mobile devices. Nearly one-third of businesses surveyed said they use “mobile-friendly” Websites—those easily viewable on smartphones—as a way to engage with customers.

Nearly one-third (31 percent) of small businesses surveyed use mobile apps, with top three reasons being to save time, increase productivity and reduce costs. Of small businesses using mobile apps, GPS navigation and mapping are by far the most popular, with 74 percent of business owners using them, followed by location-based services (43 percent), document management (35 percent), social media marketing (32 percent) and mobile payments in the field (30 percent).