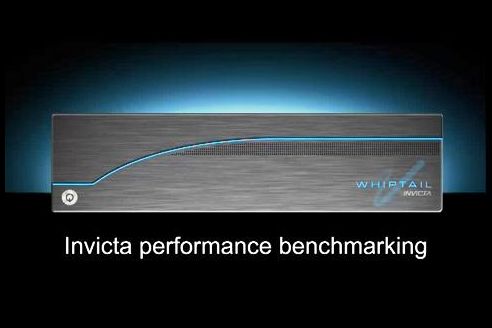 Cisco Systems, a networking hardware and software provider that has been in the enterprise storage business for only a few years, has halted shipments of its converged-system UCS Invicta flash storage appliance on a temporary basis.

The production decision was made earlier this week (Sept. 2) because the San Jose, Calif.-based IT giant revealed that some customers have been reporting quality issues related to the scaling out of storage capacity.

Data streams of all types into enterprise storage systems have been increasing in capacity and velocity for several years, due mostly to the explosion in the sheer number of cloud service providers and connected mobile devices globally. In an enterprise, if a storage system cannot expand to take on unexpected storage loads on short notice, the result can be chaos in the IT department.

The Invicta product line was launched by Cisco nine months ago following the company’s $415 million buy of Whiptail a year ago. Cisco markets a stand-alone Invicta appliance for small and medium-sized businesses and remote offices; it has a second model available to scale out to large numbers of users.

The scaling problems happen when two or more Invictas are connected to get up to a 40TB or larger configuration.

Cisco said it expects to resume UCS Invicta shipments later this quarter, which ends in October.