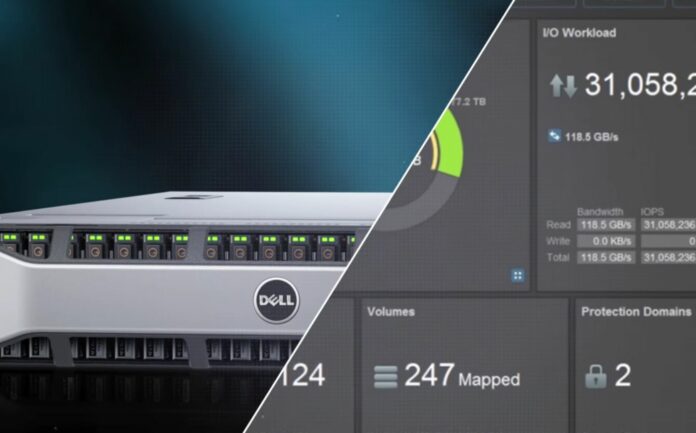 Dell Technologies—which became an official corporate entity on Sept. 7, 11 months after Dell announced plans to acquire EMC—has wasted no time coming out with its first software-defined storage product from the combined company.

This one is the ScaleIO Ready Node, an all-flash, software-defined offering released Sept. 15 that runs on Dell EMC PowerEdge x86 servers.

Key features of ScaleIO Ready Node include the following:

Users also have the ability to select from different deployment models (storage-only and hyper-converged) and configurations, including all-flash and hybrid. Users are not confined by having to grow both compute and storage simultaneously but can add these independently.

“Historically, having server-based flash led to poor resource utilization because performance and capacity were only supporting local applications,” Josh Goldstein, vice president of product management and marketing at Dell EMC, said in a blog post.

“With the software-defined storage in ScaleIO Ready Nodes, the ability to abstract, pool and automate storage devices across a multitude of servers, and in turn, allocate as little or as much performance and capacity as needed to individual applications, is just as easy as allocating compute and memory resources in a virtualized environment.”

You can try the ScaleIO software for free here.