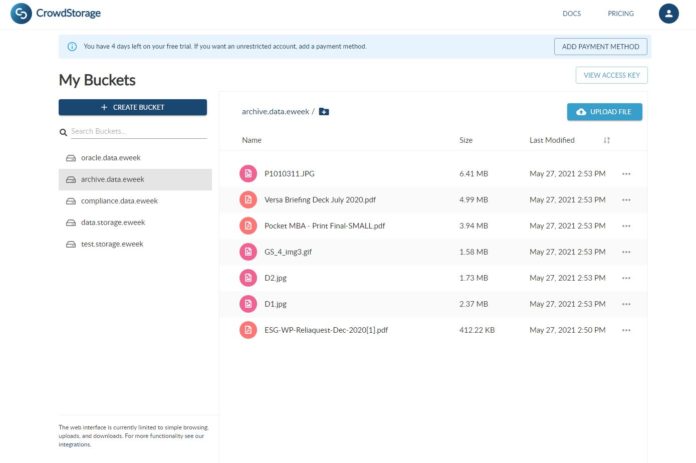 On premise data storage is a lot like closet space: one can never seem to have enough! However, the arrival of cloud-based storage solutions has changed the dynamic. More storage is just a few clicks away, making data storage today more like a long term storage facility, where you pay for the space needed and the amount of time you need that space.

However, there are a few caveats with that analogy, especially when it comes to calculating costs. Most storage as a service solutions seem to have some hidden costs associated with them. Typically, most users not only pay for a given amount of storage space, they also pay to access that data. Imagine that whenever you wanted to access something stored in a storage facility, you would have to pay a fee on top of the agreed upon rent, even if you were just to take something out of storage.

Typically, cloud storage vendors charge for storage space, as well as accessing the data, using something called egress fees or charging for API requests. Case in point is Amazon S3, where users are charged per GB and then charged for data retrieval requests or other types of data access. Adding insult to injury is the fact that Amazon S3 also uses a somewhat complex formula to calculate those fees, making it difficult to budget storage and access costs.

A Closer Look at Polycloud

CrowdStorage built Polycloud with several objectives in mind. The first of which was to build an alternative to existing cloud storage offerings, such as Amazon S3, Microsoft Azure Cloud Storage Services, and Google Cloud Storage. Other objectives focused on affordability, compatibility, and ease of use.

However, one primary goal was to establish a platform that could meet future needs as well as bring additional innovation into the cloud storage picture.

The company has already established that cloud storage ideology for archival video files for a proprietary use case for a fortune 5000 company. That use case leverages some 250,000 storage nodes, where 60 Megabyte objects are stored as 40 shards on target devices, creating a highly resilient and secure distributed object storage network.

Polycloud uses a “storage as a service paradigm,” where users can sign up for the service using a browser based form. The service is priced using a pay as you go model, where users only pay for what they use.

There are no egress or ingress fees, long term contracts or licensing charges. Current costs are roughly $4 per TB per month. CrowdStorage offers a cloud pricing calculator which compares the cost of Polycloud to other storage providers. The company also offers a “try before you buy” free membership, which includes 10GB of storage.

Once an account is established, users can access storage using a browser based interface. The browser based console is rudimentary and most users will probably only use it to setup storage buckets and upload or download files. That said, the browser based interface proves useful enough to store archival data in a bucket or other data that is not directly associated with an application, such as backup files, logs, and so forth.

Once storage buckets are established, users can leverage CrowdStorage’s S3 compatibility. The company offers integration with numerous applications and makes it is quite easy to create access keys to protect data. Integrations (via S3) are offered for numerous applications, including most of AWS SDKs, meaning that custom software developed using those SDKs can also access storage buckets.

Currently, Polycloud’s claim to fame comes in the form of economy. In other words, CrowdStorage is offering Polycloud as a low cost option for cloud data storage, that is also S3 compatible. Those looking to significantly reduce cloud storage costs will be well served by Polycloud.