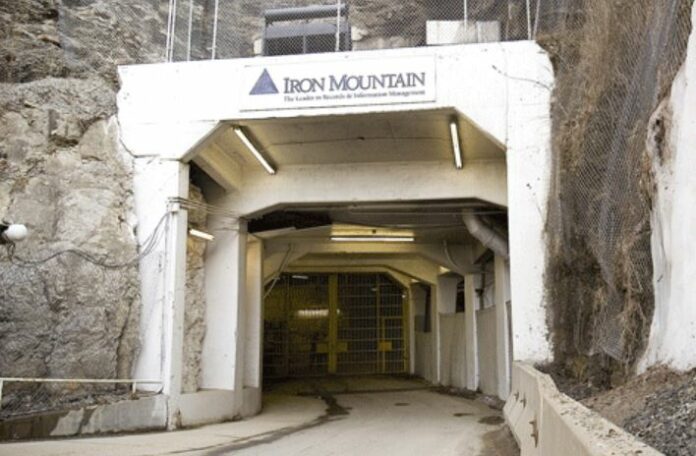 Iron Mountain, the patriarch of all data storage companies at age 65, launched a new cloud archive offering April 28 that gives the company a fresh approach for the digital 21st century.

The IM Cloud Archive is described as a cost-effective repository for organizations needing to protect and preserve data retained short or long term for compliance, legal or value-creation purposes. This is not unlike most cloud archive services offered by companies such as Amazon, Hewlett Packard Enterprise, Google, Microsoft, IBM, Livefyre, CommVault and a list of others.

What is a bit different is that it’s stored for the long term at Iron Mountain’s underground facility in Boyers, Pa. It is also designed to enable “near-infinite” scalability as the volume of data grows, using a pay-as-you-use model, the company said.

Iron Mountain built its reputation on its ultra-secure underground storage facilities in several locations around the world. One of them, in West Los Angeles, holds the original prints of most of Hollywood’s old movies from the last century.

The company lays to rest the doubts of potential enterprise customers about exactly where their important data and files will be stored in its cloud system. Iron Mountain tells them up front where everything is and how it can be accessed through the cloud, which in this case is operated by EMC.

Unlike on-premises disk and tape infrastructures, Iron Mountain Cloud Archive doesn’t require customer-owned storage equipment or archiving platforms, and it eliminates resources to manage tape- and disk-refresh life cycles, while avoiding the cost and hassle of a technology migration from one generation of tape or disk to another.

The archive also has end-to-end information management and disaster recovery and data preservation, the company said.