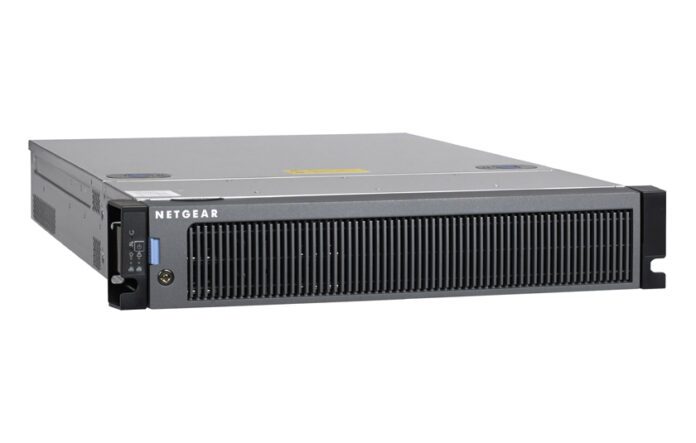 Now that storage data movement performance has been improved greatly across the board in new-generation enterprise systems, midrange and smaller businesses are being enticed more often with high-end storage performance capabilities at lower pricing points.

Netgear’s latest contribution to this genre was launched Sept. 1 at the IFA Conference in Berlin, when the company unveiled its refreshed ReadyNAS network-attached storage (NAS) lineup with three new rack-mount systems.

For years, San Jose, Calif.-based Netgear has been a primary provider of networking equipment (routers, mostly) for homes and small to midsize businesses (SMBs), but people often forget that it also makes storage systems.

The three new models, ReadyNAS 3312, ReadyNAS 4312S and ReadyNAS 4312X, are 2U rack-mount network storage systems with 12-bay capacity for up to 120TB and 600TB of total storage in expansion mode.

The company claims that the new arrays are scalable for businesses of any size, thanks to best-in-class processing power and memory expansion for scaling virtual machines (VMs), backups and file serving. ReadyNAS 4312X and 4312S integrate into any existing 10Gb copper or fiber network, respectively, and interoperate seamlessly with the company’s own 10Gb switching solutions.

Both ReadyNAS 4312S and 4312X are designed for high-performance business environments and can be connected to dedicated SFP+ or 10GBASE-T switches, offering growing businesses an easy, flexible migration path to high-speed NAS connectivity. The RR4312X offers backward compatibility with 1GbE switching, providing a solid business case to migrate to higher speed 10GBASE-T storage networking at a pace to suit customers, Netgear said.

Five Levels of Security in the OS

Finally, the ReadyNAS OS enables automatic bidirection synchronization between any ReadyNAS model and the data storage offered by public cloud services such as Amazon Cloud Drive and Dropbox, Netgear said.