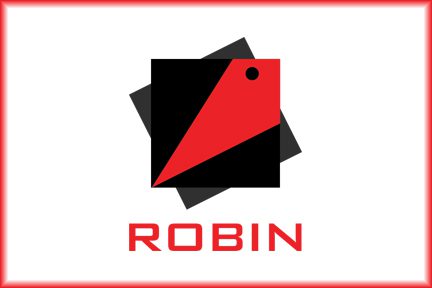 In the cloud services management business, there’s one thing nobody can have too much of—and that’s choice.

Robin Systems, which describes itself as the only container-based, application-defined infrastructure software provider, is enlarging its menu of options. The San Jose, Calif.-based company announced March 6 the release of its Robin Cloud Platform 4.0, which has expanded its hybrid cloud support to Microsoft Azure in addition to Amazon Web Services along with on-premise installations.

Manage All Cloud Services in One Package

Robin Systems sounds almost too good to be true. Its open source-based software enables users to deploy, manage and consolidate all their cloud-based big data, NoSQL and database workloads in a single control panel. This latest version enables users to migrate any enterprise data app, modern or legacy, from on-premise to cloud or between clouds.

Robin Cloud Platform is a container-based pure software solution that sits between the application and the infrastructure and enables 1-click application workflows for the user by letting the applications auto-configure storage, compute and networking across on-premise and cloud-based environments.

It uses RESTful APIs and hooks to interface with the rest of the ecosystem and requires no changes to the applications. Robin also offers a free and fully featured Community Edition (CE) of its Cloud Platform for enterprise databases, big data, and NoSQL.

You can download a free copy of the software to handle up to five nodes.

The company also claims its cloud platform is the only solution that lets users share resources across multiple applications and other users while guaranteeing performance isolation within the same deployment. It also claims to be the only such platform that slashes deployment times from days to minutes.

Most big data and database workloads are not easily containerized because they have many complex services with tight interdependencies that do not follow the classic Docker micro-service philosophy. This problem is even more severe for enterprise applications built before the Docker wave changed the way applications were developed and delivered about four years ago.

Robin claims it has implemented its own features in networking and storage layers that let it handle all these special cases smoothly.

Running complex distributed and clustered apps across many server and storage nodes and terabytes or petabytes of data, possibly mirrored across multiple locations and in a shared infrastructure, requires a holistic application-level view, optimizing meta-data primitives across the entire application I/O path. As a result, a pure Kubernetes scheduler deployment with storage plug-ins that might work for simple apps is not enough for large, distributed enterprise applications.

Block Storage Software Can Scale Across Petabytes of Data

Robin claims its distributed block storage software can scale across petabytes of data, hundreds of nodes and thousands of volumes. It also is tightly integrated with Robin’s application workflow manager to enable application-level quality-of-service guarantees and lifecycle management.

The company claims this is a strong differentiator compared to solutions that retrofit old open-source alternatives like Red Hat Gluster that were designed for a different era and different use cases. You can download a free whitepaper on this right here.

Robin’s management and development  teams include industry veterans from NetApp, Oracle and Veritas. The 5-year-old company has raised more than $27 million in venture funding from leading investors such as  Clear Ventures, DN Capital, USAA, and Hasso Plattner Ventures.