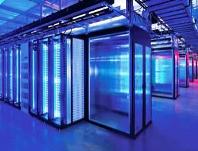 After more than a generation of double-digit and high single-digit sales, the enterprise networked storage hardware market is beginning to see the true effects of the sea change to cloud storage.

Leading companies such as EMC were breaking sales records so often a few years ago that it was hardly news anymore. EMC, the world’s largest independent storage hardware and software maker, reported about 25 straight quarters of double-digit sales percentage increases. The storage cash cow seemed to have an unending supply of milk.

But now the cloud has set in and a tipping point has been reached, and a new, more distributed environment is controlling the storage landscape.

Researcher IDC reported earlier this week that worldwide external disk storage systems factory revenues fell 5.2 percent year-over-year to $5.6 billion during the first quarter of 2014, with weak high-end demand causing a drop in rates not seen since the worldwide depression year of 2009.

“The poor results of the first quarter were driven by several factors, the most important of which was a 25 percent decline in high-end storage spending,” deduced Eric Sheppard, research director of storage at IDC. “Other important contributors to the market decline include the mainstream adoption of storage optimization technologies, a general trend toward keeping systems longer, economic uncertainty and the ability of customers to address capacity needs on a micro- and short-term basis through public cloud offerings.”

One can blame it mostly, but not all, on the cloud. The beginning of this inevitable trend started eight years ago with Amazon’s subscription storage model, and it isn’t going to let up anytime soon. “Poor” and “weak” are terms that are never associated with the storage industry, whether hardware or software.

After all, all data has to find a home in some sort of hardware, right? But now the capacity of storage hardware–whether solid-state or spinning disk–is hundreds of times higher than products of only a decade ago, so fewer and fewer disks have to be bought. Cloud storage services are soaking up more and more content, and that means businesses don’t have to buy as much, or any storage, in fact.

Enterprises are trusting cloud services such as Amazon, Rackspace, HP, Google, Apple, Microsoft, IBM and others for their mission-critical storage and backup storage requirements. And why not? The IT gets better and more trustworthy all the time and the subscription rates keep falling due to competitive forces. Amazon has lowered its pricing 43 times since 2006, and Google has been doing the same. Others are bound to follow.

Again, this is a mere tipping point, an event a lot of people have expected for a long while. Now that it’s here, how will the storage makers react? Will they branch out into new lines of business? EMC certainly has. How about NetApp, Dell, HP, Hitachi, Fujitsu and all the others? The answer is that they, too, are doing the same. Most are already in the cloud-service business.

It now depends upon which of these companies is the quickest to react and answer the challenge of the market. In 2014 IT, the agile take all the marbles.