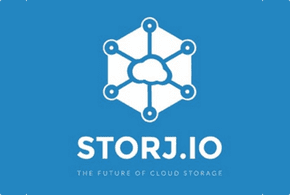 Crowdsourcing, that is sourcing resources from many different individuals, is a popular concept for fundraising and for code development. Storj Labs is now bringing the idea of crowdsourcing to storage, enabling individuals to share their storage capacity in a secure encrypted way that makes use of Bitcoin’s blockchain technology.

Storj Labs announced on Feb. 23 that it has raised $3 million in seed funding from Google Ventures, Qualcomm Ventures and Techstars. The company also announced that its’ open-source distributed storage platform is now existing beta and is generally available.

The idea of distributing data into many different pieces is not a new concept, but what is new with Storj Labs is the integration with blockchain and an emphasis on security.

“The Bitcoin blockchain aspect comes in for authentication,” Shawn Wilkinson, Founder, CEO and CTO and Storj Labs told eWEEK. “So instead of usernames and passwords that can be easily compromised, we’re using Bitcoin-style public and private keys.”

As a crowdsourced distributed storage provider, Storj Labs isn’t asking those that make storage available to donate space for free. Rather Storj Labs pays individuals that provide storage, (called ‘Farmers’) for sharing storage, based on usage.

Wilkinson explained that Storj Labs has built an open marketplace for cloud storage. Instead of users needing to interact directly with storage farmers, Storj Labs has abstracted the market so there is a single interface for users to get storage. Wilkinson said that his company is taking direct aim at Amazon’s S3 storage service and is pricing Storj at 1.5 cents per Gigabyte of saved data per month.

For data farmers that are looking to share storage capacity, Storj will verify the integrity of the storage with a challenge that will perform a remote audit. As a distributed storage system, Storj is highly-available with data sliced up into multiple segments that are stored redundantly across at least five different systems.

The distributed nature of Storj also helps to accelerate data access, since instead of simply retrieving data from a single source, data is retrieved from multiple sources simultaneously. At the transport layer, data is sent securely via HTTPS, which is encrypted with TLS (Transport Layer Security). Wilkinson emphasized that that entire Storj system is based on a zero-knowledge approach to provide security.

“We encrypt all the data on the client-side and split the data up there and then transfer the data to the network,” Wilkinson explained. “Only the user has access to the keys that encrypted the data.”

As such, if Storj Labs is breached, it doesn’t mean that user data will be lost, since Storj doesn’t actually have any of the encryption keys. The data farmers, that are providing the storage also have zero-knowledge of the data they are storing. Wilkinson said that the data farmers are just getting encrypted bits of data, that they cannot re-assemble and for which they do not have the encryption key either.

From a blockchain perspective, Storj Labs is using its own storage coin token that is used to buy and sell space on the network. Wilkinson explained that the storage coin is a meta protocol on top of Bitcoin.

John Quin, co-founder at Storj Labs commented that during his company’s beta period it attracted some 15,000 API users that have been using the service for free.

“We’re now accepting paid customers and we’ll be transitioning the 15,000 free users to paid service over the next few months,” Quin said.