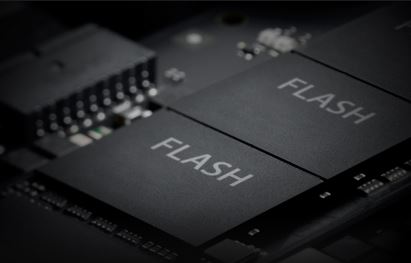 Despite the continued emergence of new types of storage media, flash memory will remain a dominant solid-state memory for at least the next several years, a new data storage market report has concluded.

These are all findings from “Emerging Memories Poised to Explode: An Emerging Memory Report,” a study conducted by Coughlin Associates and Objective Analysis and released July 25. This comes just ahead of the annual Flash Memory Summit, set for the Santa Clara Convention Center Aug. 6 through 9.

“Moving to a non-volatile main memory and cache memory reduces power usage directly as well as enable new power saving modes, provide faster recovery from power off and enable stable computer architectures that retain their state even when power is turned off,” Tom Coughlin, author of the report, said.

“We project that 3D XPoint Memory, with significant gigabyte shipments in 2020-2021, and with an assumed significant price advantage versus DRAM, will reach $3.0 billion in revenues by 2028.”

MRAM and STT-RAM baseline revenues are expected to increase from about $36 million in 2017 to $3.3 billion by 2028, Coughlin said. Much of this revenue gain will be at the expense of SRAM, NOR flash and some DRAM, although STT-RAM is developing its own special place in the pantheon of shipping memory technologies

The increasing demand for nonvolatile memory based upon MRAM and STT MRAM will cause total manufacturing equipment revenue used for making the MRAM devices to rise from an estimated $29 million in 2017 to between $517 million to $792 million by 2028, with a baseline projected spending of $641 million, Coughlin said.