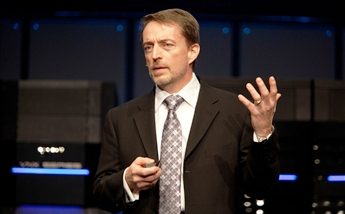 While the key numbers exceeded Wall Street estimates, the company also said it expects a slowing of revenue growth over the next few months.

VMware, whose 2-year-old vSphere cloud management platform is quickly becoming one of its mainstay products, revealed stronger-than-expected sales to the U.S. government, which is slowly turning its legacy data centers into cloud-service centers. However, the company’s current-quarter revenue forecast came in below Wall Street expectations.

VMware, owned by storage giant EMC, predicted Q4 2012 revenue of $1.26 billion to $1.29 billion, compared with analysts’ expectations of $1.28 billion, according to a panel of Thomson Reuters-affiliated analysts.

The EMC-owned company also introduced a new chief financial officer, Jonathan Chadwick, who previously worked as a Microsoft corporate vice president and, before that, as the CFO of Skype.