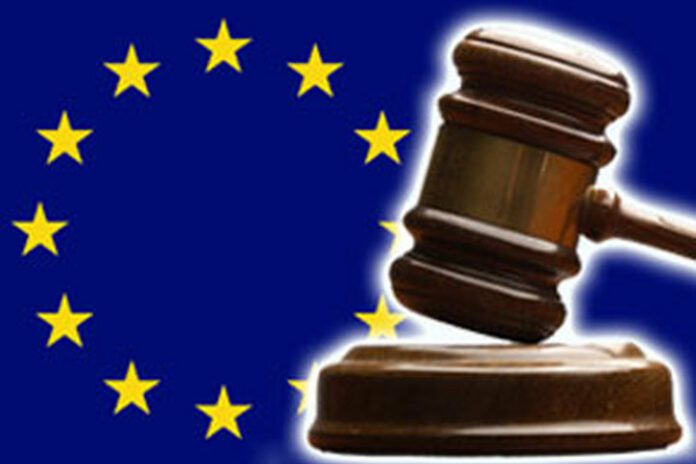 The European Commission has slapped Google with a record-breaking $5 billion fine for imposing illegal restrictions on Android device manufacturers to further the company’s dominance in internet search.

In a decision that has been widely expected for some time, the European Commissioner for Competition Margrethe Vestager gave Google 90 days to change its allegedly infringing behavior or face additional fines of up to 5 percent of its daily worldwide revenues.

“Google has used Android as a vehicle to cement the dominance of its search engine, Vestager said in a statement announcing the fine July 18. “These practices have denied rivals the chance to innovate and compete on the merits.” Google’s Android bundling practices have denied European consumers the benefits of fair competition in the mobile market, she said.

In a blog post responding to the decision, a defiant Google CEO Sundar Pichai vowed to appeal the EU fine and insisted the company’s practices had given customers more choice, not less. The decision completely ignores the competition that Google faces from Apple in the mobile device market, he said.

“It also misses just how much choice Android provides to thousands of phone makers and mobile network operators who build and sell Android devices,” and to the millions of developers who build Android applications and the over 1 billion consumers who use Android, Pichai said.

This is the second major fine that the EU has slapped on Google for breaching European antitrust laws. Last June, Vestager imposed what was then a record-breaking $2.9 billion fine on Google for unfairly favoring its own shopping services over rival comparison shopping sites in Google search results. Google has appealed that verdict as well.

The latest fine pertains to three particular conditions that Google imposes on Android device manufacturers and carriers that Vestager said is designed to unfairly ensure Android users use Google Search over rival products.

The first is Google’s practice of requiring Android device manufacturers to preinstall Google Search and the Chrome browser if they want to license’s Google’s Play mobile application store. Android users need Play if they want to legally download almost all Android apps.

The second has to do with Google making payments to large Android device manufacturers to ensure that they exclusively preinstall Search and Chrome on their devices. The third issue has to do with Google contractually preventing Android manufacturers who wish to preinstall Google apps from selling any devices running alternative versions of Android.

The strategy in imposing these conditions is to unfairly ensure that users will continue to use Google Search—the company’s main source of income—on mobile devices, according to the European Commission. Although Android is an open platform, Google ensures that vendors who want to preinstall the company’s proprietary apps on their devices are forced to accept restrictions on anything else they might want to preinstall on their devices.

Although consumers are free to install whatever software and apps they want on Android devices, studies have shown that users who find search and browser apps preinstalled on their devices tend to stick with those tools, the European Commission statement said. According to the EC, when Google Search and Chrome are preinstalled on an Android device, more than 95 percent of all searches happen on Google. However, on Windows devices where Search and Chrome are not preinstalled, only 25 percent of searches happen on Google, it noted. The rest happens on Bing.

Early reaction to the ruling appeared a bit mixed.

Charles King, principal analyst at Pund-IT, described the EU’s fine as a little too much, a little too late. “Fining Google $5B seems like more than a bit of overreach to me,” he said.

The intent behind the move is understandable—to punish and deter Google from what commission members consider antitrust violations. But the practical impact of forcing Google to change its practices could be more onerous than useful, he noted. “That’s due in large part to the maturity of the mobile market,” he said.

The market has already coalesced around Android and iOS. Creating and optimizing apps for additional OSes, browsers and search engines will place additional financial and competitive burdens on developers and phone makers, King said. “If the EU really wanted to foster competition in smart phone OSes, it would have been wiser to act three or four years ago,” he said.

The ruling amounted to a big win for “Apple and its portfolio of walled garden, proprietary products and technologies,” King added.

But Dan Olds, an analyst with the Gabriel Consulting Group says European regulations have a valid point. “Google does force Android phone manufacturers to prominently place Google apps on their phones,” he said. “While this doesn’t absolutely lock customers into using Google apps, it makes using Google applications the route of least resistance and thus heavily influences the customer into using Google.”

Whether Google’s behavior is illegal or not is debatable, Olds said. Google has argued that competition from Apple’s iPhone prevents Google from being a monopoly in the mobile space.

EU regulators argue that Android’s market volume does equate to a monopoly on Android phones. “I tend to compare this to the Microsoft antitrust case brought by the U.S. government years ago. Microsoft was accused of the same type of bundling practices and found guilty,” Olds said.

Significantly, the massive size of the fine—which equals 40 percent of Google’s $12.6 billion in profits last year—could absolutely force Google to reconsider its Android business practices. “U.S. regulators have been looking for avenues to prosecute Google for antitrust activities for years now, and the EU ruling would certainly give them grounds to pursue similar action in the U.S.,” Olds said.