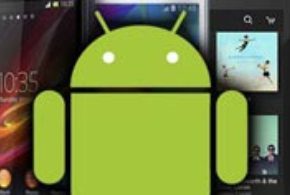 Google has introduced a couple of new features to help administrators better manage company-owned Android smartphones and tablets in the enterprise.

One of them is a bulk enrollment feature that lets organizations enroll Android devices en masse and deploy them to remote offices and other locations with all required settings enforced.

Administrators can assign a new asset tag attribute when using bulk enrollment. The goal is to make it easier to integrate company-owned Android devices with internal billing and tracking tools, Google announced in its G-Suite Update blog this week.

The other enhancement is in the mobile inventory page in the Admin console that administrators use for device management purposes. The update allows administrators to do better filtering by device owner and when performing tasks like device blocking and data wiping.

With the latest feature-set update, Google has also introduced new support for tracking, auditing and reporting administrative and end-user activities. For example, when administrators perform actions such as bulk importing devices for enrollment, the activities are logged in the audit section of the Admin console. Similarly, all end-user actions such as operating system updates, application downloads and removals, and device settings changes on company-owned Android devices can now be tracked and audited.

The new Android management features, like the existing ones, are meant only for current business subscribers of G-Suite, formerly known as Google Apps. The updates will become available to business customers over the next few days, according to Google.

The latest updates build on Google’s effort to make it easier for companies to enroll and manage corporate-owned Android mobile devices in the workplace.

Android is by far the most widely deployed mobile operating system in the world. Recent market share numbers from IDC show that Android absolutely dominates the smartphone market, with an 87.6 market share compared with 11.7 percent for Apple’s iOS in the second quarter of this year. Compared with last year, Android’s market share has grown both on a year-over-year and a sequential basis while that of iOS has declined.

Even so, Apple’s iPhones and iPads have so far at least tended to do better in the enterprise market than Android largely because of concerns pertaining to security and manageability.

It is an issue that Google has been attempting to address through updates like the ones announced this week and through operating system and device level feature-set enhancements.

The latest versions of Android, for instance, support device-level encryption, application sandboxing, application signing and always-on VPN support. The company has made it easier for administrators to set up and manage work profiles on Android devices, to enforce enterprise security policies and to carry out tasks like remote wipe and device lock and unlock.