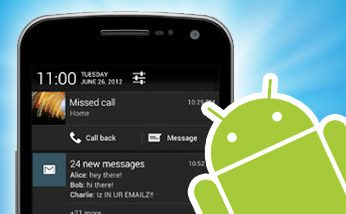 Google’s Quickoffice app for iPad debuted in December, giving iPad users the ability to make quick edits to Microsoft Office documents shared by others without having to have Office on their devices.

Now Google has expanded Quickoffice to Android and iPhone users, giving them the same capabilities to modify and edit Office documents on the fly.

“One of the easiest ways to share old files and collaborate with others is to convert them to Google Docs, Sheets and Slides,” Mark Beaton, Quickoffice product manager, wrote in an April 2 post on the Official Google Enterprise Blog. “However, not everyone you work with has gone Google yet. So to help, Google Apps for Business can already edit Microsoft Office files using Quickoffice on an iPad, and starting today they can do the same on iPhone and Android devices. From Word to Excel to PowerPoint, you can make quick edits at the airport or from the back of a taxi and save and share everything in Google Drive. “

The new iPhone and Android apps, which are available as free downloads from Apple’s App Store and from Google Play, also make it easier to find and use Google Drive files from within the Quickoffice app, Beaton wrote. “Sign in with your Google Apps for Business account and your Drive folders view will now include Shared With Me, Starred, Recent and any subfolders.”

In addition, iPad and iPhone users can open and edit Office files directly from the Drive app by opening Drive and selecting the desired file, making the required edits and saving the file back to Drive, he wrote.

The debut of Quickoffice back in December was a boon for Google Apps for Business users who wanted the ability to open and edit their Microsoft Office files on their iPads.

The iPad app for Quickoffice automatically synced with Google Drive and supports two-factor authentication for security. With the app, users can open and edit any Microsoft Word, Excel or PowerPoint file stored in Google Drive.

The Quickoffice versions for iPhones and Android devices weren’t ready at that time but are debuting now.

Since Google’s acquisition of Quickoffice in June, it has been making improvements to the Quickoffice offerings. Quickoffice allows users to work with their legacy Microsoft Office files by converting them into Google documents or by editing them directly in Quickoffice.

One of the benefits of the new iPad app is that it can make it easier for users to make quick edits to Office files without having to first convert them into Google Docs files.

Google engineers have continued to refine their Google Apps for business products as the company seeks to grow its user base for the online office suite, which is accessed through the cloud from anywhere.

In December, Google announced that it was ending its free version of Google Apps for Business after deciding that most business users have been quickly outgrowing it and signing up for more fully featured paid accounts that offer additional services.