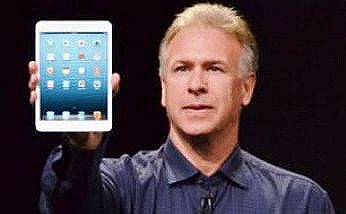 Apple’s slam-bang launch of its iPad Mini tablet and some new Mac computers two days ago was tempered somewhat Oct. 25 by the company’s quarterly earnings report, which came in under Wall Street projections, along with an outlook that fell shy of its own estimates.

However, the net income came up short of analysts’ expectations, and as a result, Apple (AAPL) shares slipped about 1 percent in after-hours trading. The stock opened at $620 Oct. 25, closed at $616, slipped under $600 for a short time in after-hours trading, and was selling for $609 at 6 p.m. Eastern time.

For its fiscal first quarter, which will end Dec. 31, Apple implied that it expects a healthy holiday gift season; it projected earnings of $11.75 a share on a whopping $52 billion in revenue — 12 percent more than the same quarter a year ago. However, those numbers don’t jive at all with Wall Street’s charts; analysts currently are expecting earnings of $15.43 per share and $55 billion in revenue.

A $52 billion quarter would be the highest quarterly sales ever reported by a tech company. However, Apple has a history of filing conservative guidance reports and then easily out-performing them. Thus, the analysts’ projections probably aren’t that unreasonable at $55 billion.

Apple has a phalanx of new products that will find themselves given as gifts during the holidays: the 2-month-old iPhone 5; a fourth-generation, full-size iPad; the all-new iPad Mini; a new 13-inch-screen MacBook Pro; two new iMac desktop PCs; a refreshed line of iPods; and a new iBook cloud service. No wonder Apple — along with Wall Street — is expecting a record income quarter.

iPhone sales for the quarter — generally a mix of iPhone 4S and iPhone 5 units — came in just under 27 million, a 58 percent improvement over Q4 2011. The iPad tablet came in at 14 million, lower than what some analysts were expecting. In Q3 2012, Apple sold a record 17 million iPads after the third-generation device debuted in the United States in March.

iMac PC sales were steady at 4.9 million sold. The iPod, cannibalized by the iPhone — which also serves as a music player — is falling away, dropping 19 percent in yearly sales to 5.3 million sold.