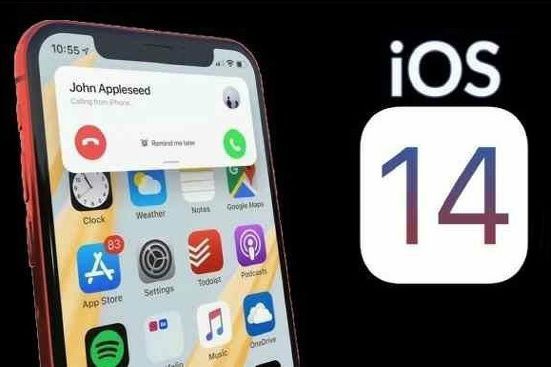 Apple launches a new version of its iOS iPhone operating system every September, along with companion versions for the iPad and Apple Watch. Normally these new versions have some important features that expand on the capabilities of the operating software. But for 2020, things changed. The new version of iOS contained some significant changes, and coupled with that, developers of apps only got the released version of iOS the day before its release on Sept. 16.

Because of this short notice, warnings popped up suggesting that users avoid upgrading until app developers had a chance to catch up. So of course, I threw caution to the winds and loaded the iOS 14 as quickly as I could. The good news is that everything went smoothly and I encountered no issues running existing apps on an iPhone 11 Pro. iOS 14 will be included with the iPhone 12 when it comes out.

At first glance, the iOS 14 appears little different from the previous version. Your apps are where they were before and your background looks the same. The first changes show up with your swipe right to use the search function. When you do that, you’ll still see a search bar, but you’ll also see a series of widgets. The default selection seems to include a calendar widget, one for weather and for news. When I was testing iOS, that screen also included a random photo, items from the Health app, stock quotes and a map of my current location.

App Library appears to be in a new place, but it isn’t

Swipe all the way to the left until you get to the end of the home screens, and you’ll reach the App Library. This is a new screen that groups your most-used apps into related categories. Note that these are just the icons for those apps, which remain where they always were on your home screens. Swipe the App Library, and you’ll find an alphabetic listing of all of your apps indexed for quick access. Tap on a category and it expands to show all apps that iOS includes. The App Library can be relocated to the front of the home screens.

A key change to how you use iOS comes from widgets, which are essentially subsets of existing apps. For example, a weather widget might show you your current temperature and weather conditions. But you can change what the widget shows, and you can change the size. iOS 14 supports what Apple calls stacked widgets, which can change what’s shown according to factors such as the time of day or activity level.

There are some notable improvements to everyday tasks. For example, incoming phone calls appear as a banner across the top of the screen instead of taking up the whole screen. The Siri assistant also responds in a banner across the top. This means that you don’t lose sight of what you were doing when a call came in. But there are also some surprises, such as when I asked Siri to show me articles written by Wayne Rash, at which point Siri played Bach’s Second Brandenburg Concerto.

New Translate App is a handy one

Travelers will appreciate the new Translate app for iOS. This is an app that can accept typed or spoken input, and then translate it. For fairly simple phrases or questions, the process is quick. For example, you can ask whether a glass of Bordeaux would be good with your steak. On the other hand, some translations can take a while, such as when I asked directions to the modern art museum in Paris. But from what I could tell, given my limited skill in some spoken languages, the translations were correct and the accents seemed right. Normally, the Translate app uses Apple’s cloud for these tasks, but you can download data so that translations take place on your phone as a way to save on data rates.

Privacy continues to be a major focus for Apple, and you can see examples of that in Safari’s new Privacy Report which shows which trackers have been blocked. You can also set your location data so that developers get your approximate location rather than where you are exactly, you can see what apps are trying to use the microphone and camera. Apple says that you will be able to details on developers’ privacy practices sometime in early 2021.

There are a number of other features included with iOS 14 that I won’t go into now. Some, such as the new car keys function that allows you to unlock and start your car from your phone require a new BMW, which I don’t have. A new subscription service, Apple One, isn’t available yet. There are several new accessibility features, including a sound detector, that can alert people with impaired hearing when it detects a siren, fire alarm or doorbell.

I didn’t test new support for enhanced sound on AirPods or the Home app. But overall, most of the new features seem well thought out and mostly useful. Some, such as the App Library, contain functions that aren’t well documented, meaning that you may find out about them through use, or you may not.

But what’s more important is that iOS 14 seems to be stable, the apps that I tried, including a couple of aviation apps that can be finicky, ran without problems. At this point, it seems like there’s no need to wait; iOS 14 works.