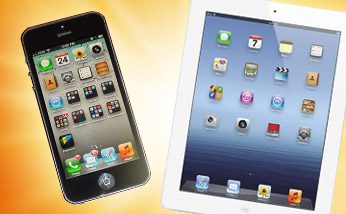 iOS 7, the software that will soon power the next generation of Apple’s iPhone and iPad, is reportedly taking cues from Microsoft in the design department. Apple is said to be “flattening” the mobile operating system’s user interface, eliminating much of the visual gloss that has accumulated over the years.

It’s a strategy that Microsoft followed for the distinctive new look of Windows 8 and Windows Phone. Several of the design elements they share have since spread to other offerings, including Office, Outlook.com and the company’s own Website.

A source described iOS 7’s new interface as “very, very flat” to 9to5Mac. Mark Gurman reported April 29 that the changes include the loss of “all signs of gloss, shine, and skeuomorphism seen across current and past versions of iOS.”

“Another source framed the new OS as having a level of ‘flatness’ approaching recent releases of Microsoft’s Windows Phone ‘Metro’ UI.”

In terms of computing, skeuomorphism has come to describe the practice of mimicking the look or design of a material or object for elements like icons and backdrops. Examples include Apple’s use of a green-felt background and wood accents—which resemble a game table—for its Game Center app and a wooden magazine rack for its Newsstand app.

Although wildly successful, Apple has been subject to criticism surrounding its affinity for skeuomorphism over the years. The buzz hit a fever pitch last year just as Microsoft was preparing for the launch of Windows 8 and its Surface tablet.

Fast Company’s Austin Carr revealed that hostility had long been brewing at Cupertino over Apple’s reluctance to ditch its skeuomorphic tendencies while he was conducting research on design at Microsoft.

In a Sept. 11, 2012, article, Carr wrote, “Inside Apple, tension has brewed for years over the issue. Apple iOS Senior Vice President Scott Forstall is said to push for skeuomorphic design, while industrial designer Jony Ive and other Apple higher-ups are said to oppose the direction.”

A former senior UI designer told Carr that Steve Jobs was a strong influence prior to Forstall. The source said, “iCal’s leather stitching was literally based on a texture in his Gulfstream jet.”

“There was lots of internal email among UI designers at Apple saying this was just embarrassing, just terrible,” added the designer.

Now with Tim Cook at the helm and pressure mounting from rivals in the mobile device market, Apple seems willing to change directions. Bloomberg reported May 1 that Apple is risking delays in a “sweeping” overhaul of iOS.

Taking note of Ive’s anti-skeuomorphic tastes, Bloomberg’s Adam Satariano also wrote, “Ive’s expanded influence comes at a critical time for Apple. Investors are anxious to see what new products the company will debut without Jobs’ leadership and as Samsung and Google improve their mobile products—and hire Apple’s employees to do it.”