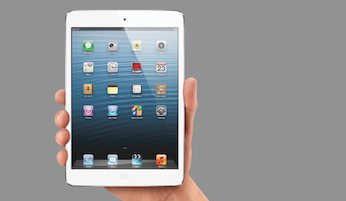 Apple is among a handful companies raising its prices in Japan, to balance a weakening yen, Reuters reported May 31.

Price rises are rare in Japan, which has been suffering a low-grade deflation for the last 15 years, but some companies believe consumer demand is strong enough to support an increase, said the report

Apple increased the price of the iPad by the equivalent of $130, and the prices of its iPods by as much as 30 percent for some models.

Wireless carrier Softbank, the report added, was still considering whether to raise its prices on the iPhones and iPads it sells.

Those devices may soon be assembled by a different company. To date, Hon Hai Precision, also known as Foxconn, has been the sole manufacturer of Apple’s iPhones and iPads, to its benefit and detriment. That’s about to change, the The Wall Street Journal reported May 29.

While former Apple CEO Steve Jobs created the current arrangement with Foxconn CEO Terry Gou, whom the Journal describes as “equally demanding” and having a personality as outsized as Jobs’ was, current CEO Tim Cook has decided to take the risk-reducing step of having more than one partner to rely on.

People familiar with the matter told the Journal that other motivations included Apple’s need to expand its product lines “amid growing competition from Samsung” and the fact that new partner Pegatron is willing to “accept thinner profits” to get Apple in the door.

Manufacturing the iPad and iPhone put Foxconn under a spotlight that showed it to be struggling to meet its assignments. After reports of more than a dozen worker suicides at the Foxconn campus—where Hewlett-Packard, Dell and Nokia, among others, also have products made—and an explosion that killed two workers and injured others, Apple called for an investigation from the Fair Labor Association.

The FLA found employees to be working so many extra hours that in order to achieve full legal compliance, Foxconn would need to hire “tens of thousands of extra workers,” it said in its report.

The Journal reported, “Foxconn’s cost advantages from scale have waned as it works to improve factory conditions after a spate of high-profile worker suicides and accidents in recent years.”

How Pegatron will manage the burden of building millions of Apple devices will remain to be seen (or investigated).

The Journal noted that this won’t be Apple’s first time working with Pegatron. Last year the company began making the iPad Mini, though after being unable to meet the yields Apple wanted, the bulk of production was shifted to Foxconn.

And still earlier than that, the company, then known as Alpha-Top Technology, was hired by Apple to make its first-generation iBooks. As production began, an earthquake knocked out the power.

Pegatron Senior Vice President Andy Tsai, who founded Alpha-Top, said he was under great pressure from Apple to get production back on track and brought in a number of generators.

“We even used candles on the packing line,” he told the Journal.

KGI Securities analyst Angela Hsiang told the Journal she expects that this year Pegatron will make the majority of the iPad Minis sold in 2013 as well as most of the low-cost iPhones that it’s rumored Apple will introduce this summer.