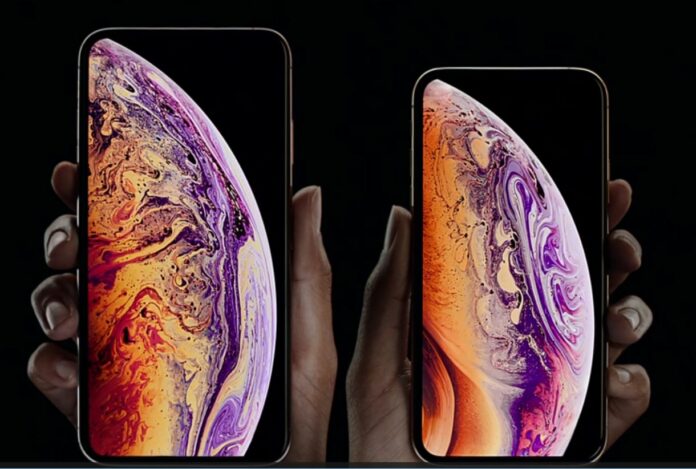 Apple on Sept. 12 did what it does at this time every year: It introduced a new iPhone or two (or three, in this case), an update of its Apple Watch and some improvements for its processing chip (A12 now) and its iOS operating system.

Some people grumble that this isn’t innovation, that it’s merely improving products already innovated by company co-founder Steve Jobs, who died seven years ago.  No matter what, it still takes research and development and capital and lots of smart people to improve devices millions of people buy and re-buy each year or two. Nobody can say that Apple doesn’t have its ultra-loyal fan base.

Among the next generation of iPhones, one is by far the largest yet—the iPhone Xs Max, whose 6.5-inch screen is larger (but not wider) than any of its predecessors and all the Samsung Galaxy models. Samsung’s new Note 9 has a 6.4-inch screen; one has to wonder if Apple added the extra 1/10th of an inch just for bragging rights. Users certainly aren’t going to care all that much.

As in previous iPhone rollouts, this year’s trio is defined by camera, display, processor, audio and app upgrades. That includes a display with better dynamic range, wider stereo sound from the speakers, and speed increases to Face ID. The company said that water resistance (also against tea and beer, Apple said with a virtual smile) has been improved on all models.

The A12 Bionic processor ostensibly is much faster, but a faster chip is table stakes each year. This is a six-core chip that is among the first in the industry to use a 7nm fabrication process.

“These are by far the most advanced iPhones we have ever created,” CEO Tim Cook said. But he says that every year, and he’ll probably say it again next year.

Apple is facing legitimate pressure from Samsung over the continued improvement in smartphone cameras. Since the Galaxy 8, Samsung’s have been exemplary. Apple has retaliated with a new method called Smart HDR, which is similar to what Google does with its Pixel; it enables the user to take numerous photos and then lay them out into a collage, then send to friends if need be.

Here’s a 68-second YouTube video on the iPhone launch.

Both cameras on the new iPhones are legitimately improved. The top one is a 12-megapixel wide-angle camera, with optical image stabilization, an all-new sensor, a 6-element lens and focus pixels; the lower one is a 12MP telephoto camera with most of the same features plus a 2X optical zoom lens. This saves users from having to buy addition telephoto lenses that often don’t work nearly as well as advertised (been there, done that).

Photo manipulation software has been upgraded, too, making one wonder why any non-professional photo taker would bother to invest in a third-party imaging (onboard or cloud-based) application anymore.

Here’s a schedule of release dates for the new products:

The new Apple Watch includes a built-in EKG sensor and a new larger face–the Series 4 screens are more than 30 percent larger than earlier devices. Apple redesigned the watchOS interface to incorporate more information on those larger displays, such as travel plans, weather , sports scores and weather information. Preferences are all set by the user. The Series 4 also features haptic feedback and louder audio.

The device has new artificial intelligence included; if the Watch detects that the user has fallen, it will immediately call emergency services if the wearer doesn’t stop the call within five seconds.

For a deeper perspective on the technical and business advantages of the iPhones, see Wayne Rash’s eWEEK analysis here.

Ori Inbar, an original author of ARKit’s core tech and the founder of Augmented World Expo (AWE) told eWEEK in a media advisory that he thinks Apple had some substantial AR news, which indeed is innovative.

“At first glance it might appear that Apple had no flashy augmented reality (AR) news today — but I beg to differ: The core ML they shared, combined with improved camera, more efficient and effective chip technology and enhanced developer tools is huge for AR. These are tools that will accelerate AR development and consumption to new levels,” Inbar said.

“And if you merge today’s core tech updates with the game-changing QuickLook announcement (revealed at WWDC in June) which gives consumers the ability to experience AR in Safari WITHOUT the need to download an app — today is historic. QuickLook makes AR much more (a) accessible for online shoppers (just click a link) and (b) super valuable for retailers as it is proven to deliver much higher conversion rates and reduced number returns. QuickLook will also provide user volume.

“Combined, Apple is moving the needle on consumer AR adoption much further than I believe they will get immediate credit for. Although it may seem like baby steps, today’s combination of technology advances is leading us to a new level of AR integration into our daily lives.”

Is Apple Not ‘Innovating’ Anymore?

What about the point of view that Apple simply isn’t innovating new products anymore—that it’s spent more time and money on its futuristic new HQ building instead.

“I doubt Apple has stopped innovating, but it hasn’t wowed customers in the way that the industry has come to expect of an iconic, high-end brand,” Tuong H. Nguyen, Gartner Senior Principal Analyst, who focuses mostly on the smartphone market, told eWEEK.

“Similar to other tech companies, they’re working on the foundation for something bigger – maybe around AI, maybe around immersive (AR/MR/VR), only they know for sure.  They’ve tipped their hat on some of this, but I would expect a few more years before we see something market defining.

“Part of it is the technology itself and how mature/ready it is, but the other part is how Apple will package and position it.  They’ve traditionally been about the experience and how it improves/changes your life; rather than the technology itself.  Another way to put it is that they’re not necessarily technology leaders, but they’re very good at applying it (when they feel it’s ready and) in a way that’s very appealing to consumers.”

Apple Has Other Strategies Besides Innovating New Products

Annette Zimmermann, Research Vice President of Personal Technologies at Gartner, told eWEEK the following about Apple and its way of innovating:

“Apple is a product development company, in order to expand its business its primary strategy is develop new product categories while other strategies like deep market penetration and market expansion comes second. This strategy in itself needs a lot of innovation power. The company has brought to market several new products in recent years, including Apple Watch and HomePod. Apple Watch is according to my estimates the best selling smartwatch to date, and while 2016 was a challenging year, 2017 was a strong year for this product and tendency is further upward.

“Apple also shows innovation power with developing its own processor since a few years to which more recently the neural engine was added. I recently published an Apple SWOT analysis and this is one of the sections I wrote:

Investment in Own Processors and AI Capabilities

“[Because] machine learning will determine for a large part the differentiation and competitiveness of future devices, Apple has done well in building these capabilities in house. The A11 bionic chip was the first to offer a component dedicated to machine learning computations.

“Other important benefits of Apple’s quest in developing its own SoC:

“The weaker part of Apple is around Siri. Siri was the first VPA on the market (here again proof of strong innovation power), but Siri is not the leading VPA in terms of capabilities. This is an area where Apple needs to innovate more.

“As far as hardware – in a highly mature market there is only so much that a vendor can innovate or differentiate, all vendors including Huawei and Samsung face the same challenge.

“I think Apple is on a path where its investment into services is finally paying off – the growth in revenue is still small against the revenue from the iPhone (around 58 percent of total revenue came from iPhone sales in the most recent quarter) but growing well,” Zimmermann told eWEEK.