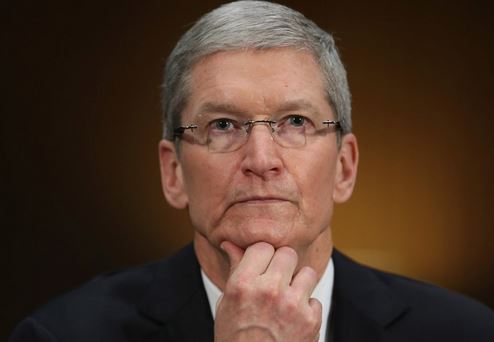 Apple has long known that iPhone saturation eventually has to set in. To paraphrase a classic saloon song: “That rainy day may be here.”

The world’s richest and most successful IT hardware company has seen its smartphone sales level off during the past year, and now the trend appears to be continuing in the first three months of 2017.

Even though Apple’s fiscal Q2 2017 earnings per share eclipsed Wall Street projections, revenue missed analysts’ expectations by a big margin. The Cupertino, Calif.-based company’s income forecast for the current quarter, which was expected to be $44.5 billion, came in about $1 billion short of Wall Street estimates.

This is not a trivial miss for any company, but it is especially difficult for one that has such a high stock price and had experienced high expectations for nearly two decades.

Apple stock, which had sold at all-time highs prior to the May 2 earnings report, was down about 2 percent at $144.55 in after-hours trading. Even an ostensibly small drop like that is still worth billions of dollars in Apple’s corporate value.

“We’re seeing what we believe to be a pause in purchases of iPhone, which we believe are due to the earlier and much more frequent reports about future iPhones,” CEO Tim Cook said on a conference call to analysts and journalists. “That part is clearly going on and what’s going on behind the data. We are seeing that in full transparency.”

Apple is expected to launch iPhone 8 this fall, which Cook said is the reason for the “pause” in current sales.

While iPhone sales were flat, Apple’s iPads and Macintosh PCs have sold fewer units than a year ago. Nonetheless, Apple’s earnings per share were up a healthy 10 percent from Q2 2016, so shareholders should be happy about that.

The company reported that it added 15 million new Apple Music and iCloud subcriptions during the past three months.

Cook said Apple plans to spend an additional $50 billion later this year to return capital to shareholders in the form of buybacks and dividends. The $50 billion will be spent on mainly share repurchases, according to Apple CFO Luca Maestri.