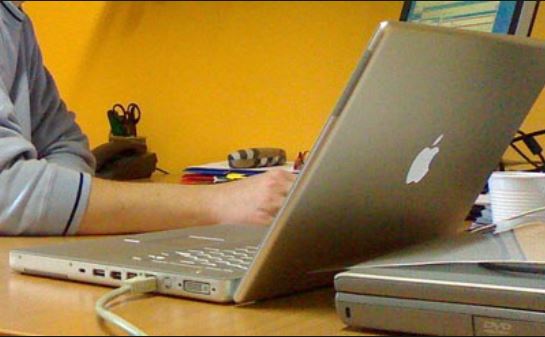 A growing number of employees within small- and medium-sized businesses use Apple Macs, iPads and iPhones to do their work, including graphics designers, webpage designers, lawyers and ad agencies. But managing the devices can be a challenge with Apple’s own software.

At a recent Addigy 2019 Partner Summit in Miami, several technology consultants, VARs and reseller partners shared their strategies on how they are helping their end users find the right services to better manage their Apple deployments. Addigy unveiled several new capabilities for its cloud-based Apple device management services at its Summit, which several attendees said will be useful to serve their own customers and end users.

Darren Wright, the director of technology for Computer Solutions, a small reseller in St. Louis, Mo., said his company has been working with Munki and some homegrown applications for about two months to help its customers manage their devices, but it also has recently been trying out Addigy’s cloud-based services as an alternative. The company is also a Jamf reseller, he said.

The biggest strength of the cloud-based offering from Addigy is that it can manage Apple devices for multiple customers at once in a multi-tenant approach, compared to server-based applications from companies like Jamf, which require separate application installs for each customer, said Wright.

The costs of licensing software upfront from companies like Jamf can be prohibitive for smaller customers, said Wright. “And the multi-tenant issue was huge for us. We didn’t want to have to manage several Jamf instances of the application,” he said.

So far, Wright’s company is running about 120 Apple devices for about 10 customers on the Addigy cloud platform, and they are looking to expand the number of devices under management. Most of those customers are small graphics companies, but the company is also looking to work with larger customers as well, he said.

Wright said he attended the Summit to learn more about the company’s product and what is coming up in its road map, as well as to hear about how other small companies are using Addigy.

The initial use of Munki by his company was suitable for their early needs-supporting customers, but the move to Addigy comes as they seek a more mature platform with more features and capabilities for customers, he said.

“This will make our customers deployments easier to manage,” he said. “We specialize in making Macs work with Microsoft Active Directory, so there will be more of a need for this kind of thing.”

Michael Thomsen, the founder of Origin84, an Apple-focused consulting company in Australia, has been using Addigy for about 400 end users who work for 12 clients since 2015. Before using Addigy, the company used its own tools, Munki and another product, managing the devices themselves, he said.

“We’re always looking for new products,” he said, which led to their discovery of Addigy.

Why Cloud-based Deployment May Be a Worry

For some users, though, there are concerns that it is cloud-based, which can lead to worries about security, said Thomsen. “That can be dealt with through policy management. There’s a black and white divide between who can use the product,” based on their security concerns.

Another consultant, Benjamin Morales, the director of managed IT systems for Cirrus Partners of Madison, Wis., said his company has been using Addigy to support about 400 endpoints for 16 clients for two years.

“Our typical client is an SMB that’s not big enough yet to justify the expense of internal IT operations,” he said. And for several small enterprise clients, Cirrus provides services for Apple devices while internal IT staffs handle Windows infrastructure and machines, he said.

Cirrus moved to Addigy when its former Apple management product, GruntWorks, was acquired by Solar Winds and led to dissatisfaction with its transition, said Morales. Addigy at that point was seen as a temporary fix, but over time Cirrus stayed with the platform. “Once we began, it was accomplishing what we needed to accomplish, so it didn’t make sense to leave. It was unusual to get the kind of vendor support we were getting for a company of our size.”m

Setting Policies as Users Need Them

The benefits seen with Addigy were helpful to better serve clients, he said.

“We want every as homogenous as possible, and Addigy gives us the ability to push a lot of stuff at scale and set policies on the platform as customers need them,” he said. “It’s very easy to do that.”

Cirrus also looked at Jamf as a potential provider, but also had concerns about needing to run a separate application for each SMB user, said Morales. “This delivered all the things that we were looking for.”

Some improvements are still needed in the Addigy platform, though, he added.

“The big one is the interface, which is not always as responsive as it should be,” said Morales. The admin panel can be slow. But the company is making strides using microservices which are giving better transparency” within the platform. “We view Addigy as a delivery mechanism for what we are doing in-house and that leads to us having ownership.”

Another consultant, Craig Kabis, the owner of MacPro Consulting in Alexandria, Va., said he is presently evaluating the Addigy cloud platform and several other products to support his clients and their Apple deployments.

“I need a way for simpler means for me to do my job managing their devices,” said Kabis of his customers. He had been using a product called LANrev to manage the devices for clients, but that product was acquired and hasn’t kept up with his needs, he said.

He is running all his customer devices on Addigy now for testing and will evaluate several other options, including Fleetsmith, Simple MDM and a homegrown option, he said. The evaluations will run one to three months each.

“You don’t want to choose a product that damages customers,” he said. “When I’m done with the  testing, I will use it for all my clients. I want to spend less time doing mundane tasks.”