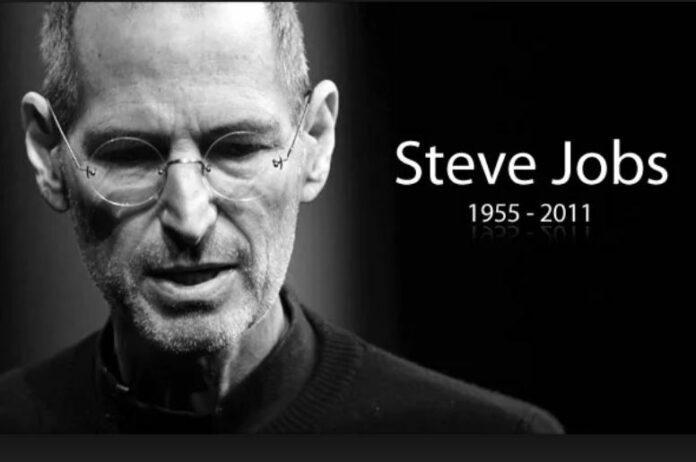 Apple co-founder and two-time CEO Steve Jobs, recognized around the world as one of the most successful innovators in the history of American business, died Oct. 5 as the result of an eight-year battle with pancreatic cancer. He was 56.

Ironically, Jobs passed away less than 24 hours after the announcement of yet another new Apple product, the iPhone 4S. He is survived by his wife, Laurene, and three grown children.

Jobs and partner Steve Wozniak co-founded Apple in 1977 and in the span of one generation changed the way the world uses personal information. He was a famous micro-manager with big ideas that resonated around the world and back millions of times.

Jobs was involved in every aspect of all of Apple’s products, from early development to finishing touches. His personality permeated every part of Apple.

In almost an homage to Jobs’ ability and dedication, Apple was recently recognized as the most valuable IT company and the second most valuable company in the world at $351 billion, ranking over GE, Microsoft, IBM and Hewlett-Packard and trailing only Exxon Mobile.

Jobs had left Apple for 11 years (from 1985 to 1996) after being fired by his own board of directors following a long internal battle. In the interim, he learned more about how to be a CEO and went on to work on other projects, including NeXT Computer and Pixar Animation Studios.

By the time he returned in 1996, Apple was nearly bankrupt. Sun Microsystems, now absorbed by Oracle but then in its heyday, was very close to announcing the purchase of the company, but legal red tape held up the deal and it was never consummated. (For more detail on this, read the Feb. 25, 2011 eWEEK article “How Apple Dodged a Sun Buyout: Former Execs McNealy, Zander Tell All.”)

Over the next 15 years, Jobs then led the company out of the wilderness with the iMac, followed by the iPod, iPod Touch, iTunes, iPhone, and iPad. The rest is business and cultural history.

Jobs revealed a great deal about his background and outlook on life — and death — in his June 2005 commencement address at Stanford University. Here is a YouTube video, provided by Stanford, of that 14-minute speech.

Jobs, who had been in failing health since being diagnosed with cancer in 2003 and undergoing a liver transplant in 2009, stepped down as CEO Aug. 24. COO Tim Cook took his place as CEO.

In a move that truly is a sign of the on-demand times, Wikipedia, within minutes of Jobs’ death, had updated its Steve Jobs page.

The statement issued by Apple’s board of directors was issued late in the afternoon:

“We are deeply saddened to announce that Steve Jobs passed away today. Steve’s brilliance, passion and energy were the source of countless innovations that enrich and improve all of our lives. The world is immeasurably better because of Steve. His greatest love was for his wife, Laurene, and his family. Our hearts go out to them and to all who were touched by his extraordinary gifts.”

Jeffrey Katzenberg, chairman and CEO of DreamWorks, described Jobs as “the Thomas Edison of our time. And in the way that Edison affected so many businesses, so did Steve Jobs.”

In a message to Apple employees, Cook wrote: “Apple has lost a visionary and creative genius, and the world has lost an amazing human being. Those of us who have been fortunate enough to know and work with Steve have lost a dear friend and an inspiring mentor. Steve leaves behind a company that only he could have built, and his spirit will forever be the foundation of Apple.

“We are planning a celebration of Steve’s extraordinary life for Apple employees that will take place soon. If you would like to share your thoughts, memories and condolences in the interim, you can simply email: [email protected].

“No words can adequately express our sadness at Steve’s death or our gratitude for the opportunity to work with him. We will honor his memory by dedicating ourselves to continuing the work he loved so much.”

Michael Dell, the recent subject of an eWEEK cover story, sent this message to eWEEK: “Today the world lost a visionary leader, the technology industry lost an iconic legend, and I lost a friend and fellow founder. The legacy of Steve Jobs will be remembered for generations to come. My thoughts and prayers go out to his family and to the Apple team.”

President Barack Obama, who was given an iPad 2 by Jobs in March — before it was released worldwide — remembered Jobs as one of America’s greatest innovators and says the world has lost a visionary.

Obama said in a statement on the White House Web site Oct. 5 that Jobs was brave enough to think differently, bold enough to believe he could change the world, and talented enough to do it.

In a tweet sent separately from his statement, Obama said, in his words, “There may be no greater tribute to Steve’s success than the fact that much of the world learned of his passing on a device he invented.”

In an interview with ABC’s George Stephanopoulos earlier this year, Obama said: “I’ve got an iPad. Steve Jobs actually gave it to me a little bit early. It was cool; I got it directly from him.”

Jobs had dinner with Obama and several other leading Silicon Valley CEOs at the home of venture capitalist John Doerr in Woodside, Calif., last Feb. 18.

What His Former Colleagues Said

Wozniak said on Aug. 24 that Jobs was “probably the great technical leader of our lifetime. He always wanted to be an important person in the world, and he wanted to do it with a company. And he did it many times over, not just with Apple.
“Look at the music company (iTunes), and the movie company (Pixar) he started. He wasn’t just Apple. Gosh, at Apple he built products that stand the test of time, like the Mac, the iPod, iPhone, the iPad.”

Michael Gartenberg, IT analyst with Gartner, said: “Here’s a guy who invented the personal computer, redefined it with the Macintosh, took a company on the brink of doom and made it the most valuable company in the world, he redefined the music and cell phone industries. He truly was a visionary for our time.”

Several former Apple executives offered their perspectives on Jobs back in August, when he stepped down as CEO.
“Steve Jobs works on a very different personal operating system than most people,” former Apple marketing director Guy Kawasaki said. “It would be comparable to, say, getting a fish to fly.”

Former PepsiCo CEO John Sculley, the man whom Jobs hired to replace him as CEO and later helped participate in firing Jobs from the company, once said that he felt he was “vastly unqualified” to run Apple as its CEO, which he did from 1983 to 1993.

“But Steve has the amazing knack of saying the exact right thing, at the exact right time, for the right reasons,” Sculley said in a television documentary on Jobs. “He’s very motivational. Back then, I told him I thought I wasn’t the guy to run a technology company, but he looked down at his running shoes, then up at me, and said: ‘Do you want to keep selling sugar water the rest of your life, or do you want to come with me and change the world?’

“I was working a Apple a few weeks later.”

And Jobs did indeed change the world.