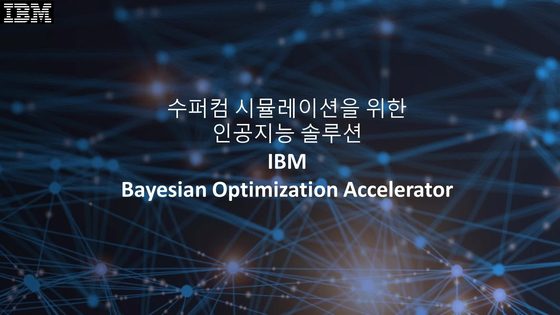 How complex computing technologies become commercial solutions is often unclear. In most instances, launch announcements mark the first time the public hears about such products. However, that is not always the case. For example, the appearance of IBM’s recently introduced Bayesian Optimization Accelerator can be tracked over other company breakthrough innovations. Following that trial offers some insights into how what some people might consider an obscure technology can become a commercially viable product.

What is Bayesian optimization?

Originated by the Rev. Thomas Bayes in 1763, the Bayes theorem determines the probability of an event based on knowledge of conditions that might influence or be related to the event. As noted in Stephen Meserve’s post (link is above) on IBM’s new solution, Bayesian methods are commonplace in mathematics, but applying standard solutions, such as Monte Carlo search, to product design problems is often challenging or impractical.

With that in mind, IBM designed the Bayesian Optimization Accelerator to find optimal solutions for real-world design challenges in less time and with fewer resources than other solutions. It can scale to orders of magnitude larger in a number of dimensions and tackle highly complex problems. Plus, IBM’s solution can determine design points with a smaller number of samples than other methods require, delivering results faster and more cost-effectively.

However, developing the Bayesian Optimization Accelerator as a commercial solution required the efforts of several IBM teams and business units.

As noted in a blog by Ron Gordon at the time of the launch, the “AC” designation in the AC922 stands for Accelerated Computing because of the performance of two POWER9 CPUs, I/O bandwidth and memory bandwidth and up to four NVIDIA GPUs. The AC922 is particularly well suited for Artificial Intelligence applications, including machine learning and deep learning, using Linux and frameworks like Torch and Caffe.

The AC922 continues to deliver superb performance for AI workloads and provides a hardware foundation for the new Bayesian Optimization Accelerator.

In June 2020, IBM discussed advances achieved by a team of engineers in its High-Speed Bus Signal Integrity (HSB-SI) organization. Implementing IBM Bayesian optimization software, a machine-learning tool developed by IBM Research, the team was able to reduce the number of simulations required to reach the optimal configuration for chip-to-chip communications.

The legacy “brute force” processes that are typically used to analyze chip-to-chip design channels are engineering- and simulation-intensive and take days to arrive at an optimal combination. By running IBM Research’s software on a Power Systems server, the HSB-SI engineers were able to cut the amount of time required to deliver the same results and used far fewer compute resources to get there.

I wrote about the team’s achievement earlier this year. Using a 10-core Power System server with IBM Bayesian optimization software reduced the compute time required for one job from nearly eight days to 80 minutes. In circumstances where results were required to be delivered in 100 minutes, a Bayesian optimization-enabled Power System server with 9-cores successfully completed that task while brute force techniques required a system with 1,126 cores to achieve the same results.

While some products appear to spring fully formed from the minds of inventors and developers, far more evolve and are assembled from various, often disparate individual and team efforts. IBM’s new Bayesian Optimization Accelerator is clearly among this latter group. The core Power Systems AC922 platform was enabled by IBM’s new-generation POWER9 CPUs, the company’s efforts in designing the Summit and Sierra supercomputers and its strategic partnerships with NVIDIA, Mellanox and others.

On the software side, the new solution owes much to the work of IBM Research developers. By their efforts and in concert with IBM Power Systems hardware, the company’s Bayesian optimization software massively improved the speed and efficiency of what had been highly complex and resource-intensive design processes.

Today, companies have access to commercial iterations of what were once speculative IBM projects. As those organizations put the Bayesian Optimization Accelerator to work, its journey is likely to be eclipsed by the new and unique destinations it helps IBM customers achieve.

Charles King is a principal analyst at PUND-IT and a regular contributor to eWEEK.  © 2020 Pund-IT, Inc. All rights reserved.