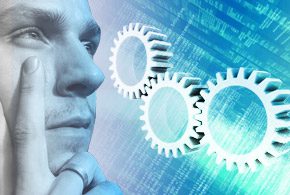 The new connector, dubbed Power BI Service Live Connection, is currently in preview and can be used to focus a team’s attention on a specific set of information and help colleagues find new perspectives.

“You can now connect to a dataset that exists on the Power BI service. This feature is great when you are part of a team and you all want to work off the exact same model,” announced Amanda Cofsky, a Microsoft Power BI program manager, in a blog post.

“You can craft your model only once, publish it to the Power BI service to create a dataset, and then everyone can create other Power BI Desktop reports off of it,” continued Cofsky. As the connector’s name suggests, it establishes a live connection to selected datasets, preventing users from incorporating data from other sources or performing data modeling tasks, she cautioned.

Following up on last month’s release of Redshift-based reports, Microsoft has enabled a new publish from Power BI Desktop option. Redshift is the petabyte-scale data warehouse from Amazon Web Services. The Redshift connector for Power BI, the preview of which was released last summer, has been promoted to “beta” status, Cofsky added.

On the SAP connector front, Microsoft has tweaked the HANA and Business Warehouse parameter input user experience. Rather than rely on dropdown menus to select single or multiple values, Microsoft has added new popup controls. Additionally, a new filtering option allows users to hone in on required parameters when exploring a list of parameters.

Other new features include the ability to rename axis titles, allowing report authors to create more user-friendly axis labels in charts and other visualizations. Previously, axis labels would inherit the name of the fields on which they were based and could not be changed.

The April update also includes an enhanced matrix visual, now with word wrap, column sorting and column resizing functionality. In the works for future updates are URL icons, cross highlighting and the ability to control the display of individual subtotals, revealed Cofsky.

Another time-saving feature, Go to Column, allows users to jump directly to a desired column in the Query Editor tool without scrolling through a lengthy list. The Group By dialog, used to create aggregations of Power BI data, features a new basic mode that offers output to a single column.