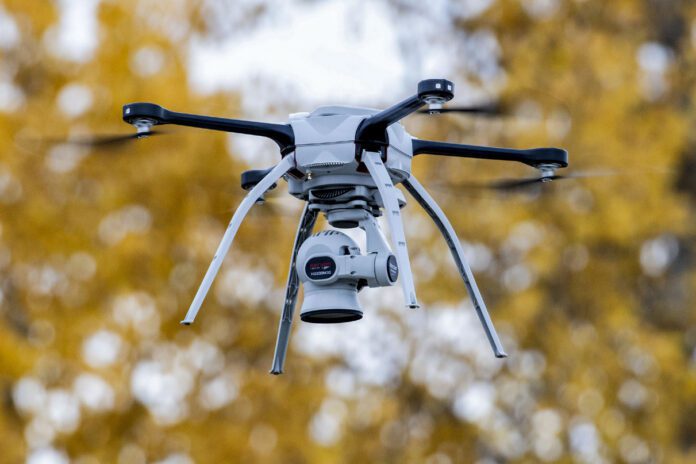 Drones have been around for the better part of a decade now and are deployed primarily for consumer use cases, such as photography or gaming. There have been a handful of commercial use cases, such as taking pictures for real estate showings and doing flyovers for events, but this amounts to nothing more than mounting a camera under a drone. However, the addressable market for drones could be much larger if some intelligence were added to them.

Intelligent drones on the rise

During the past couple of years, there has been a rise in the usage of more intelligent drones, also known as unmanned aerial vehicles (UAVs), that create use cases outside of those I listed above, along with aerospace and defense deployments. One UAV automation software company, DroneInch, recently added new analytics capabilities to its platform to help more businesses take greater advantage of drones.

DroneInch claims it has developed the first drone automation software that powers the entire drone operations lifecycle. The software can schedule recurring flights with automated takeoff, terrain-aware flying and crash-free landing. Inspections, surveys and deliveries are some use cases in which planning thousands of remote flights poses operational challenges and requires automation. This isn’t just software to power the drone; it’s a full stack for total operations.

The latest version of DroneInch’s automation software, DroneInch 3.0, aims to address those challenges by using artificial intelligence to gather insights from collected flight data in hours instead of days. Drones can gather a massive amount of data—far too much for humans to make sense of—but the use of AI can significantly shorten the time to value. The software runs on a software as a service (SaaS) platform and is powered by an analytics engine that can scale to hundreds of missions per day.

DroneInch 3.0 enables one-touch upload and data classification from the drone to the cloud. Businesses can use the collected data to perform industry-specific analysis to create orthomosaic images, volumetric visualization, 3D models and more. The data can be exported in industry-standard formats and integrated into third-party products and services for additional value.

The automation software is designed for businesses with large-scale operations that use drones to collect data while adhering to compliance and safety regulations. It automatically checks for flight authorization in restricted areas. It also produces automated flight and maintenance logs for compliance.

DroneInch 3.0—which works with various consumer, professional, and enterprise thermal DJI drones—can be downloaded as a mobile application from the Apple App Store. A monthly subscription costs $99 for businesses or $199 for service providers with unlimited missions.

While mass adoption of commercial drones is still in the early stages, they’re proving to be invaluable in certain industries. Drones are essential in replacing or augmenting certain functions; for instance, where humans cannot reach remote locations or where surveying and monitoring sites is much more efficient with a UAV.

The business sector is the fastest growing drone market. Farming and agriculture, media and telecommunications, insurance, construction and mining are examples of industries that are benefiting from using drones. Business Insider Intelligence predicts the most growth will occur in these industries and that global shipments of drones will reach 2.4 million by 2023.

With more affordable, AI-driven options like DroneInch 3.0 on the market, businesses of all sizes can automate their drone missions to collect insightful data and make smarter business decisions.