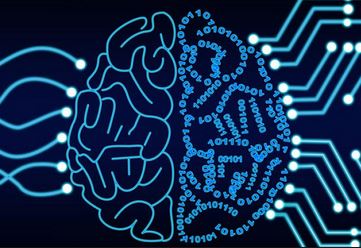 President Donald Trump signed an executive order on Feb. 11 intended to give backing to the role of the U.S. government in artificial intelligence development. The order, which is described in a fact sheet provided by the White House Office of Science and Technology Policy, lays out the American AI Initiative. The initiative contains five major steps in growing support for artificial intelligence research and development.

The first step is to direct the government to prioritize AI investments in their R&D missions. It also directs agencies to strengthen and leverage existing AI efforts in their federal AI spending on ideas that can directly benefit the U.S.

The second is to make federal data, models and computing resources more available to AI research and development. The effort is also required to maintain “safety, security, civil liberties, privacy and confidentiality protections.”

The fourth part of the initiative is a call for workforce development in which agencies are asked to prioritize AI-related skills development through a variety of means including fellowships, apprenticeships and other programs relating to computer science and other STEM fields.

Finally, the initiative calls for international engagement by promoting an environment that supports AI R&D. However, it also calls for protecting U.S. developments against strategic competitors and foreign adversaries.

The announcement of the EO has been positively received by many in technology industries. However, it has been criticized for lack of specifics and lack of any funding. The situation with the U.S. government is that without funding, nothing can happen. Likewise, without specific directives to the relevant agencies, there’s little reason for those agencies to spend much time or effort focusing on the initiative.

“Ensuring American leadership in artificial intelligence is critical for U.S. competitiveness,” said Daniel Castro, Director of the Center for Data Innovation, in a media advisory. “Accelerating the development and adoption of AI holds the potential to increase productivity, grow the economy and harness the many societal benefits the technology can bring.”

Strategy with No Funding Backing It

But the White House explanation of the EO in its briefing document makes it clear that there are some important steps missing, especially in regard to details about how the government should take on China, which has already stated its intent to spare no expense or effort in the development of AI in its own way.

While most of the official statements about the EO are generally supportive, they don’t address the risks that go with the Chinese initiatives, especially given China’s relative lack of concern for privacy or human rights. Privately, AI advocates worry that because of the relative lack of constraints, China’s approach to AI will put personal privacy at risk.

“As an innovation leader in software and data applications for many years, it makes sense that the U.S. should lead in artificial intelligence as well,” Jamie Nafziger, a partner at the international law firm of Dorsey and Whitney, told eWEEK. “China’s significant focus on and investment in AI in the last few years has challenged the U.S. to do more,” she cautioned, adding: “It is excellent that the Trump Administration is raising the profile of this issue.”

Others think the initiative is a nice start, but that it doesn’t go far enough.

Initiative Will Need Its Own Funding, Not a Reprogramming of Existing Capital

“If the administration wants its AI initiative to be transformative, it will need to do more than reprogram existing funds for AI research, skill development, and infrastructure development,” Castro said. “Among these additional steps, it should ask Congress for significant funding increases to expand these research efforts; it should implement light-touch regulation for AI, and resist calls to implement roadblocks or speed bumps for this technology, including export restrictions.”

Unfortunately, asking Congress for new funding in these days of dysfunction is unlikely to bear fruit, and expecting a bipartisan dialog that might support AI development is equally remote. In addition, some of the points of the initiative are less than totally realistic. One example is asking agencies to hire and train more AI specialists. One must ask which of those experts might be willing to put their career on hold so they can work in an environment with low pay and the certainty that their work will be interrupted by random shutdowns brought on by political squabbles.

At this point, the best that can be said about the EO is that it’s a nice start, but there needs to be some serious and realistic effort to take the next step.