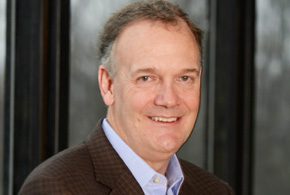 The app, which will initially be available in a limited beta program, combines IBM’s Watson cognitive computing technology with Bon Appetit’s culinary knowledge to enable users to draw on Watson’s advanced cognitive capabilities to create entirely new recipes and gastronomic combinations that had previously never been conceived.

IBM said this is the next step in the evolution of Chef Watson, which debuted earlier this year at the SXSW conference in Austin, Texas, introduced by IBM and the Institute of Culinary Education (ICE). The demonstration brought together Watson’s learning and natural language abilities with top chefs to delight the palettes of local attendees. Now, IBM is launching a beta version of an application built around this technology, tailored to the needs of avid home cooks.

“To build this application, we taught Watson about cooking by giving it about 9,000 Bon Appetit recipes to read, letting it glean insights about ingredient pairings, cooking styles, and dishes,” said Steve Abrams, director of IBM Watson Life, in a post on the IBM Smarter Planet blog. “The application combines these insights with information about food chemistry, hedonic psychophysics (the psychology of what people find pleasant and unpleasant), and regional and ethnic cooking.”

“At Bon Appetit, we were curious to see what Watson could discover that was never previously considered, helping unlock a chef’s creativity,” said Adam Rapoport, editor in chief of Bon Appetit, in a statement. “We see the intersection of technology and food sparking new thinking and creativity not only in our own test kitchen, but our reader’s homes as well.”

Chef Watson will initially be available to a select group of Bon Appetit’s readers, building on Chef Watson’s success in the test in the Bon Appetit Test Kitchen.

“Chef Watson with Bon Appétit” allows an individual to go beyond the limitation of simple preparation to drive new creations and combinations of ingredients, based on scientific knowledge of cognitive technology. The original Jeopardy-winning Watson system was trained to understand a large amount of information and quickly retrieve answers to all manner of questions. Today, Watson is working to augment and scale expertise by serving as an assistant to professionals in industries including retail, health care and financial services. Chef Watson represents another example of the versatility of the technology and the diverse ways in which Watson can change lives.

“We’re partnering with Bon Appetit to put Watson initially into the hands of a small group of people who have a passion for cooking, a desire to experiment and who want to be a part of something ground breaking,” said Mike Rhodin, senior vice president of the IBM Watson Group, in a statement. “Our goal is to help people discover the potential of cognitive computing systems. These systems can understand vast amounts of data, compounds, and formulas as well as learn from interactions with people and information, in a far more intuitive way.”