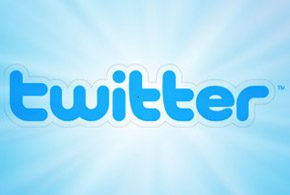 Twitter users are a vocal bunch, and when the popular TweetDeck application ran into some security trouble today, the message was shared in 140-character snippets.

TweetDeck is a Twitter application that was acquired by Twitter in 2011 and is widely used by many (including yours truly). The first signs of trouble with TweetDeck appeared around 11 a.m. ET with warnings of a possible cross-site scripting (XSS) attack.

In an XSS attack, code from one location is able to influence another site without authorization. In my own personal usage, I first began seeing Twitter messages with embedded XSS code shortly after 11 a.m. ET, which upon viewing were immediately retweeted automatically, without my authorization or any action on my part.

At 12:31 p.m. ET, TweetDeck first acknowledged the issue in a tweet that stated that the security issue that affected TweetDeck in the morning had been fixed. TweetDeck advised its users to log out of TweetDeck and log back in to fully apply the fix.

At 12:59 p.m. ET, TweetDeck admitted that its fix wasn’t quite done, noting in a tweet that it was temporarily shutting TweetDeck down to further investigate the issue.

“We’ve verified our security fix and have turned TweetDeck services back on for all users,” TweetDeck stated.

The idea of having an XSS or other security issues in Twitter is not a new one, though it has been a few years since I last saw one that actually worked. Back in 2009, I wrote about a Twitter worm that generated spam tweets. Certainly there have been other user account-specific security issues for individual users of Twitter over the years, where account credentials are abused, but nothing quite like today’s TweetDeck XSS issue.

It’s not clear at this point how the XSS issue found its way into TweetDeck, but on the positive front, it’s an issue that flared up and was fixed within 3 hours. It will be interesting to see if there are any copycat attacks in the coming days, or if this incident was unique.