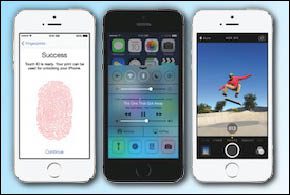 A California judge has ruled that a former iPhone user can sue Apple for damages after she found that she would no longer be able to receive Apple iMessage text messages once she switched from an iPhone 4 to an Android smartphone.

The woman, Adrienne Moore of California, claims in her lawsuit that the inability for her to continue to get such messages after switching from an iPhone was not made clear by Apple before she made the switch, according to a Nov. 11 report from Reuters.

Moore “claimed that Apple failed to disclose how its iOS 5 software operating system would obstruct the delivery of ‘countless’ messages from other Apple device users if iPhone users switched to non-Apple devices,” the Reuters article said. Moore seeks class-action status for her lawsuit and unspecified damages.

The case was heard by U.S. District Judge Lucy Koh in San Jose, Calif. In a decision on Nov. 10, Koh said Moore can now have a chance in court to show how Apple “disrupted her wireless service contract and violated a California unfair competition law, by blocking messages meant for her,” according to the Reuters article.

“Plaintiff does not have to allege an absolute right to receive every text message in order to allege that Apple’s intentional acts have caused an actual breach or disruption of the contractual relationship,” Koh wrote.

In court papers filed in connection with the case, Apple said it “never claimed that its iMessage service and Messages application, which ran with iOS 5, would recognize when iPhone users switched to rival devices,” Reuters reported. “Apple takes customer satisfaction extremely seriously, but the law does not provide a remedy when, as here, technology simply does not function as plaintiff subjectively believes it should.”

Moore’s lawsuit, filed in May, said that “her contract with the wireless carrier entitles her to send and receive texts and that she did not receive ‘countless’ messages” after her phone switch to a Samsung Galaxy S5 device in mid-April, according to a story by Fortune. The lawsuit “blames Apple for allegedly intentionally withholding information from customers about the inability of iMessages and Messages to recognize that a user has switched to a new, non-Apple device.”

Apple “does now have a page on its Website dedicated to helping new owners of non-Apple devices de-register iMessage to retrieve texts,” Reuters reported.

Apple did not immediately respond to a Nov. 11 request for comment from eWEEK.