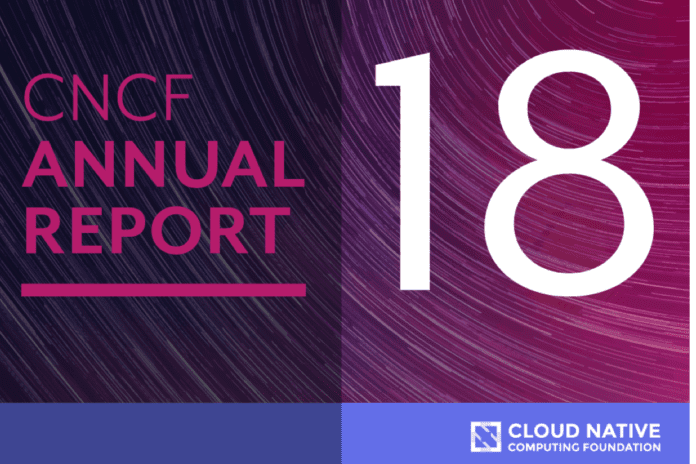 There are a lot of different open-source organizations out there, but none had a bigger year in 2018 than the Cloud Native Computing Foundation (CNCF) and 2019 looks to be no different.

The CNCF published its 2018 annual report on Feb. 8 providing an overview of the organization’s activities and growth over the past year. The CNCF itself is part of the Linux Foundation and got its start with a single project in July 2015. That single project the Kubernetes container orchestrations system, is now just one of 31 open-source cloud projects hosted at the CNCF.

The 31-page CNCF annual report provides all kinds of insight into the operations of the cloud organization, as well reviewing key metrics that define its current and likely future success. In this eWEEK Data Points article, we look at the reasons why the CNCF is growing and how the cloud native movement is poised for success in 2019 and beyond.

At the core of any industry consortium is membership, which provides the regular recurring revenues from membership dues that sustains the organization.

Vendor membership growth in the CNCF over the course of 2018 is nothing short of staggering. The CNCF reported that it added 195 new members in 2018, for a 130 percent year-over-year increase. CNCF now boasts over 300 members, including every major public cloud provider and a growing number of organizations in China.

For open-source projects, one of the most fundamental units of measurement is the number of contributors. It’s an area where the CNCF also shines.

At the end of 2018, the CNCF claims that is had 47,358 contributors to CNCF projects. That’s a whole lot of different people all contributing code and it’s a metric that should not be ignored. Without contributions, open-source projects aren’t healthy, but what the CNCF’s contributions show is not only a good state of health, but a thriving vitality.

The CNCF actively tracks contributions and participation as well with its DevStats portal that provides full visibility into the current state of CNCF projects.

Data Point No. 3: CNCF Hosts The Largest Open-Source Events in the World

The CNCF also hosted the largest event ever organized by the Linux Foundation, with the Kubecon + CloudNativeCon 2018 Seattle conference in December 2018. That event had over 8,000 attendees, with 73 percent identifying as first time attendees to a KubeCon event. All those attendees were kept busy with 318 different sessions.

In 2019, the CNCF is set to host three major conference and it’s likely that KubeCon NA even in San Diego in November will surpass the attendance record set in Seattle.

From a project perspective, 2018 was a year of major milestones with not one but three different projects “graduating” to the top level of the CNCF hierarchy.

The CNCF measures the maturity level of its projects in three tiers: sandbox, incubating, or graduated. While a sandbox project represents an early stage effort that might not be suitable for stable production usage, the graduated status is the opposite, indicating the highest level of project maturity and stability.

Data Point No. 5: Kubernetes is The Defacto Standard for Cloud Native

When it comes to defining what cloud native is all about, Kubernetes is now at the center of nearly every conversation. Kubernetes was the first project at the CNCF and it remains at the core of the effort.

A key metric of the influence and importance of Kubernetes can be found in the growing demand for Kubernetes education. At the end of 2018, the CNCF reported that it had 18 certified Kubernetes training partners. Even more impressive is the fact that 54,255 individuals signed up for a free Kubernetes course on the EdX platform to learn how to get started running Kubernetes.

With CNCF as the home of Kubernetes and with the continued momentum from that project in terms of new releases, development and adoption, the CNCF’s growth for years to come is likely assured.

Data Point No. 6: Conformance Is Good For Business

With the stability and usage growth of Kubernetes, there is a corresponding need to make sure that everyone that says their product or service is Kubernetes is in fact correct.

According to the CNCF, at the end of 2018, there were 76 firms that had validated their offerings with the Certified Kubernetes Conformance Program.