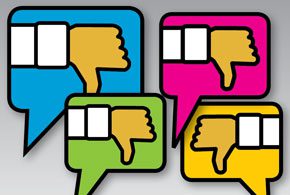 The social web is the most egalitarian medium in history. It’s also overrun by trolls, haters, misogynists, racists and bullies.

Coincidence? I think not.

In his 1994 book, “In Defense of Elitism,” author William A. Henry III made the shocking claim that our longstanding myth of egalitarianism is dumbing down America.

Everybody loves egalitarianism in theory, but rejects it in practice.

When we want to enhance our professional knowledge, we don’t go to Walmart to chat up random shoppers. We go to professional conferences, which is by definition an event of elites where non-elites are excluded—literally, with guards at the door.

When we want to enjoy a good baseball game, we don’t find out where the local little league is playing and watch them play. We buy expensive tickets and go watch elite professional athletes play—or we watch the elites play on TV.

When we come down with a potentially life-threatening illness, we don’t ask random strangers what they think the best treatment should be. We go to the hospital, which is staffed by highly-trained medical specialists.

We choose to embrace elitism in nearly every sphere of our lives. So why do we pretend to support egalitarianism on the social web?

I think it’s time for Henry’s defense of elitism to be applied to social networking.

Egalitarianism Is the Problem

Twitter was recently described in a devastating Buzzfeed article as a “primary destination for trolls and hate groups,” an “unsafe space,” a “well-known hunting ground for women and people of color,” and “infamous” for being “toxic.”

Those who have never been harassed probably can’t understand how it feels to be shamed, bullied and ultimately silenced and therefore downplay the problem. But for victims, Twitter harassment can be devastating.

Someone starts a debate or conversation and others reply. Twitter egalitarianism asserts that the voice of a person who wants to learn, explore, debate and influence is equal to the voice of a sociopath who wants to shame and humiliate someone based on their gender or race for personal gratification.

Yes, free speech should mean that all ideas are allowed and that no ideas are suppressed. But for free speech to benefit humanity, pockets or enclaves of elite expression must be favored.

The deranged local crank who believes “the end is near” should be allowed to stand in front of the post office with a sign. But free speech does not mean that The New York Times should be required to give him front-page column space.

If it did, newspapers would be like Twitter. Instead, they’re sources of news and opinion written by elites who have proved their skill and reliability over time. Newspapers and news organizations are valuable precisely because they screen content and contain elite voices.

Furthermore, people talk about harassment, but time-wasting is another product of egalitarian social sites.

I’ve been using Google+ since the beginning. Over the years, Google+ evolved from a de facto elite social network to an extremely egalitarian one. The early adopters of Google+ tended to be well-educated, constructive, interested and engaged users. But in recent years and months, the general global public has been pouring in and the elites have been wandering away.

And everyone has an equal voice. Three years ago I spent all my time on Google+ having deep and detailed conversations with really smart people. Now I spend most of my time blocking people and deleting pointless comments.

I still get some great engagement on Google+ because it retains an echo of the elite social site it once was. But the ugly truth is that, now, probably three-quarters of the comments on my posts benefit no one. Most seem unaware that they’re even commenting on a post, saying things such as, “Hi,” or, “What is this?” or “Email me,” with an email address.

My Google+ “Notifications” stream is absurd. Half the posts are in languages I don’t speak. And the remainder are spam messages, links to Indian explicit content sites and weird selfies from people I don’t know. Again, these are the posts Google is alerting me about.

Does Google have any idea how busy I am? Why is it flooding me with completely irrelevant comments and posts? Google+ was better when it was elitist.

Elitism Is the Solution

Entrepreneur and blogger Jason Calacanis wrote a post last week outlining his prescription for solving Twitter’s harassment problem. He calls for all accounts to be verified. Today, verification is reserved for celebrities, politicians, prominent journalists and other big shots. That sounds elitist, but in fact verification today is mostly window dressing. Under Calacanis’ plan, verification applications would be granted, as long as applicants can show verifiable identification.
Here’s the meat of Calacanis’ proposal: The default mode of Twitter would be “verified users only,” plus the accounts you explicitly follow. Unless you take action to choose the tweets of non-verified and non-followed users, you won’t see them. Because most people don’t change default options, most Twitter users would see only tweets from verified users.
The advantage is that verified users, including trolls, can be blocked or their accounts eliminated. Unverified users, including the trolls and harassers, will exist on the margins of Twitter and tweet in obscurity.

In other words, the solution is to segment Twitter into two—the Twitter of elites who use their real identity and potentially reach large numbers of people, and a lower class of anonymous users who can’t ever reach the masses.

I like Calacanis’ idea, especially if, after verifying their real identity with Twitter, users can use a pseudonym. That would enable people at risk to safely use Twitter as a verified elite.

Interestingly, Calacanis told me during a recent episode of “This Week in Tech” that Twitter in fact is planning a much wider allowance of account verification and that this prediction was based on “inside information.”

Meanwhile, Google is quietly creating an elite level for Google+. The social network added a closed community for makers, artists and other creative types. To be admitted into this exclusive club, you have to be nominated by an existing member. The main benefit of Google+ Create is that everybody there has been vetted.

Unfortunately, Google+ Create benefits only the tiny number of members and not the general Google+ user community.

The great thing about capitalism is that when industry leaders fail to solve the public’s problem, the market solves it for them.

Gab has several unique features. Posts or “Gabs” have a character limit of 300. Gabs appear in reverse-chronological order—like Facebook and Twitter used to.

Gab is a little like Digg, the social news aggregator that once was enormously popular, but has since faded to a shadow of its original profile after management departures and the piecemeal sale of the company’s assets.

But like Digg, Gab members can “upvote” and “downvote” Gabs. As with Digg, this creates elitism because both posts and users can be ranked. Those users consistently posting heavily upvoted Gabs will become the Gab aristocracy. The trolls and haters will be allowed free expression, but will sink to the bottom in popularity or interact among themselves.

Even better, according to the Gab website, “Gab will empower users to self-censor and remove unwanted followers, words, phrases and topics they don’t want to see in their feeds.”

In other words, the trolls can be shunned by the Gab society.

Another social network, called Hello, has another way to create elite groups within social networking. Hello was created by Orkut Büyükkökten, the developer of Google’s Orkut social network.

Hello enables each user to post using up to five “personas.” For example, if you’re a book-loving foodie, you can post as a book lover or a foodie. You can also post anonymously on the fly. So if there’s a sensitive topic you don’t want to be harassed about by trolls, you can flip over to anonymous mode for just that comment or post.

Hello seeks to promote elitism by letting you earn “karma” points based on the quantity of your engagement. Those points allow members to earn a level from 1 to 40. That means if a troll is booted off the network or blocked and creates a new account (as is common on Twitter), he or she will have to start over with the “karma” points. Those with lots of points can be assumed to have a reputation that didn’t get them kicked off.

This feels like the gamification of social, but in reality it’s a system that gives users signals about the quality of other users and the content they post.

As the social harassment problem has now proved, egalitarianism is fatal to constructive social discourse, to the dissemination of diverse voices and to the happiness of social network users.

Let’s stop deluding ourselves and admit that when it comes to social media, elitism is the solution.