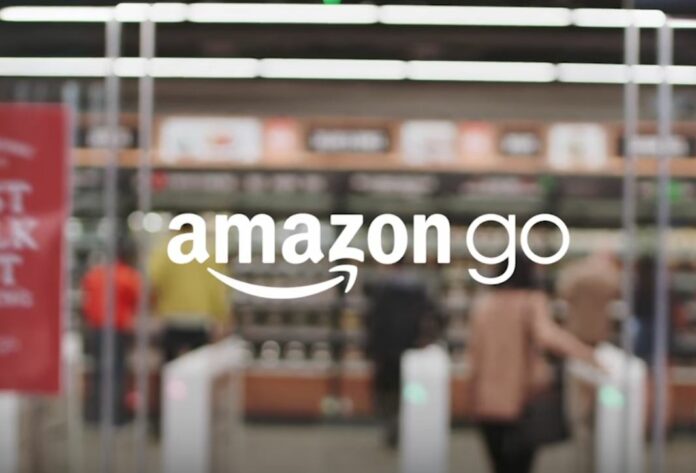 Point-of-sale retail employees may not want to hear this news: Amazon.com has announced a new app that shoppers can use to simply go into a store, take whatever they want, and leave—without going through a checkout line.

It’s called Amazon Go, and that’s exactly what users will do with it: Go, and fast, out the door.

Go here to view a YouTube video on how the system works.

Users with the Amazon Go app on their phones simply check in to a store equipped for the system, put their phones away, shop to their hearts’ content, then leave when they’re finished. No waiting to pay.

As each item is picked up and held (or stored in a bag) by the shopper, the price is automatically added to the shopper’s Amazon account and is deducted from the user’s bank account when he or she leaves the store. The store gets the same info plus a copy of the item’s SKU (stock-keeping unit) number for inventory management and accounting purposes.

Amazon uses a complicated concoction of new-gen IT in this system: machine learning, artificial intelligence, deep-learning algorithms, sensor fusion and computer vision to determine what shoppers are buying. It’s much like the technology used in self-driving vehicles, Amazon said.

How Will This Affect Jobs for Humans?

The potential impact on human jobs and the amelioration of shoplifting incidents could to be enormous, especially for grocery stores, general retail chains (Target, Walmart, etc.) and any other brick-and-mortar establishments with point-of-sale processes. This takes into account virtually all on-premises businesses around the world.

Amazon said it has been working on this for four years and will start rolling it out “early in 2017.”

Technology investor Roger McNamee, an early commenter, told CNBC Dec. 5 that while technologies like this are apparent threats to humans doing conventional jobs, people will remain important in the entire experience of shopping.

“The human beings are really a positive part of the experience,” McNamee, co-founder of technology investment firm Elevation Partners, said on the cable network’s “Squawk Alley” show. “I don’t expect this to take over the world. It just doesn’t seem like an earth-shattering thing.”

A Big Jump Past Self-Checkout Systems

McNamee cited current use of self-checkout lanes in some businesses as having their pros and cons, but waiting lines are still in the mix there. The Amazon system, however, takes a completely different approach with no checkout lines whatsoever.

“I think this is part of a continuum that began a number of years ago when folks like Home Depot, and then CVS and Albertsons, Wal-Mart and others have experimented with self-checkout,” McNamee said. “And that has been a mixed experience. These things have all had rough moments, and the consumer experience has been everywhere from fantastic—for the person who otherwise would have been in line for a long time—to just dreadful. And I don’t think it’s been as good for the companies as they’d like to think.”

Home Depot has been successful with its implementations of mobile and self-checkout, McNamee said, after introducing features such as in-aisle location. But the home services provider has also faced challenges, including a 2014 data breach involving its self-checkout terminals.

There’s no question that by taking humans out of the sales-transaction chain, Amazon’s system could help eliminate longtime problems such as straight theft or inventory mysteriously disappearing in other ways.

It’s far too early to examine the security implications of a system such as the one Amazon is preparing. That is an entirely different story.

The online retail giant has built the first store deploying this solution, called Amazon Go, across the street from its headquarters in Seattle, Wash.

The Seattle Times reported Dec. 5 that the tech giant’s new convenience store deploys a “gaggle of technologies similar to those used in self-driving cars to allow shoppers to come in, grab items and walk out without going through a register.”

The 1,800-square-foot store is the latest project in brick-and-mortar retail attempted by Amazon, which already has bookstores and is working quietly on drive-through grocery locations.

eWEEK will have more on the backend technology of Amazon Go in a future article.