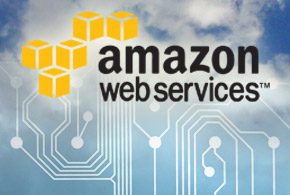 NEW YORK—Amazon is dealing with striking workers in Europe, site disruptions during its Prime Day sale event and protestors inside and out of the Javits Convention Center, site of this week’s AWS NYC Summit 2018.

None of which appeared to bother Amazon Web Services executives at the Summit, who announced new capabilities for its artificial intelligence machine learning and compute services on the AWS cloud.

With artificial intelligence and machine learning services in demand, AWS rolled out improvements to its SageMaker service, which enables users to build and deploy models in the cloud.

Streaming Algorithms enables users to stream large amounts of training data from the S3 storage service into SageMaker. Streaming support, which will help developers build and train custom machine learning applications faster, is available for Tensor Flow-based models now, with others coming soon, he said. Along the same lines, the Batch Transform service allows users to dump large files or file sets into SageMaker for testing or training.

Amazon Transcribe now supports Channel Synthesis, which can take multi-channel audio streams and construct a single transcription from them.

“It’s still early and nascent,” Wood said. “But our mission is to put machine learning in the hands of every developer.”

R5 is a fifth-generation instance built on Skylake Xeon processors, for high performance computing, parallel processing and in-memory database applications. The R5 is also available with up to 3.6 TB of NVMe-based flash storage.

The Z1 instance type includes custom Xeon Scalable Processors, which can run at sustained processing speeds of up to 4.0 GHz for compute-intensive workloads.

A third new instance was announced as part of an update to the AWS Snowball Edge—the hardened device that began as a data transfer device and has evolved into an edge computing platform.

AWS has updated it with the ability to run full Elastic Compute 2 instances based on the new “SBE1” instance type, which runs a Xeon D processor at 1.8 GHz.

Officials said that users, such as those in offshore environments, are finding the need to add some batch processing or simple analytics on data coming into a Snowball device, before it is connected to the AWS cloud.

Executives did not address the outage that knocked out Amazon for some Prime Day customers Monday afternoon. Vogels kept his cool on stage despite being interrupted by a protestor about 10 minutes into his talk. The protestor was escorted out by security.

Despite the drama, the numbers of Amazon Web Services customers going “all-in” keep growing. That includes DTCC, a financial markets clearinghouse, which has grown its AWS usage significantly over the past five years, said DTCC Managing Director and Chief Technology Architect Rob Palatnick, who spoke on stage at the event. The company’s usage has grown from 275 million requests per month to 780 million, and 1.5 TB of data stored to 20 TB.

Likewise, 21st Century Fox has reduced its data center footprint from 74 to four and now stores 25 petabytes of data and 45 million video assets in AWS.

“AWS has enabled us to rearchitect the way we work,” said Fox CTO Paul Cheesbrough, and has changed the way the company manages its content supply chain, streaming services, ad placement and delivery, and creative production and marketing. “We are becoming real-time predictive and even more intelligent with SageMaker, Athena [S3 query service], Glue [Extract, Load, Transform data management] and Redshift [data warehouse].”