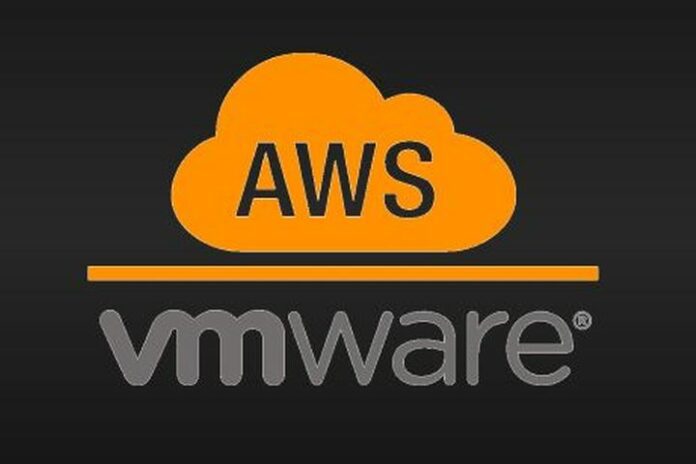 VMware and Amazon Web Services are like two home-run sluggers playing on the same team in the All-Star Game. They each dominate a major market—VMware in IT system infrastructure and AWS in enterprise cloud services—and so both of them together comprise a huge one-two punch when competing with other cloud IT singles hitters.

The two companies have comprised that “murder’s row” of enterprise IT vendors since October 2016, when the companies announced that VMware would move its service and application cloud to AWS. Last year at VMworld, the companies took that business deal a bit further, revealing that AWS would make its own applications and tools and services available via the VMware development instance on its cloud.

VMware Cloud on AWS is run, marketed and supported by VMware, like most typical cloud deployments. However, the service is now integrated with AWS’s own cloud portfolio, which provides computing, databases, analytics and a few different levels of storage, among other features. In short, whatever you can’t get from one vendor, you’re almost sure to find with the other.

Things now are getting even more mix-and-matchy. On Aug. 27, Day 1 of VMworld 2018 in Las Vegas, the two companies introduced yet another co-op service: Amazon Relational Database Service (Amazon RDS) on VMware that adds a lot of much-needed automation into the setup and maintenance processes. It is designed for companies that still use on-premises data centers.

Amazon RDS on VMware is designed to make it easy for IT managers to set up, operate and scale databases in VMware-based software-defined data centers and hybrid environments and to migrate them to AWS or VMware Cloud on AWS. It’s a fast-track that frankly leaves Microsoft Azure and Google Cloud out in the cold.

Amazon RDS on VMware automates database management, regardless of where the database is deployed, freeing users to focus on developing and tuning their applications.

“When we originally partnered on VMware Cloud on AWS, our message was clear – we’re giving users what they want, the best of both worlds from the leaders in private and public cloud. With Amazon RDS for VMware, we’re doing it again,” VMware CEO Pat Gelsinger said in a media advisory. “This time we’re taking innovation from AWS and bringing it to the hundreds of thousands of users that have made VMware their private cloud infrastructure of choice.

“With this offering from AWS and VMware, end users and database administrators alike now have access to a cloud-like database management experience, in whatever environment they choose to run – private or public cloud.”

The cloud-based database package will be made available in Q4 2018, the company said. Amazon RDS on VMware will support Microsoft SQL Server, Oracle, PostgreSQL, MySQL, and MariaDB databases.

Mike Bushong, Vice President of Cloud and Enterprise Marketing at Juniper Networks, had a third-party take on VMware’s news.
“VMware’s acquisition of CloudHealth along with the announcement of new VMware Cloud automation services reinforce the industry-wide issue that customers moving toward multicloud environments are struggling to manage the complexity that comes with it,” Bushong said.
“Organizations are seeking to connect and secure workloads end-to-end across multiple clouds simply and effortlessly, representing a significant operational transformation, and such changes require careful thought and planning as customers transition. It’s a natural next step that providers attempt to assemble solutions that simplify multicloud migration and management.”

In a separate announcement Aug. 27, VMware announced its intent to acquire CloudHealth Technologies, a global platform for multi-cloud operations.

CloudHealth, which claims to have more than 3,000 customers, delivers a cloud operations platform across AWS, Microsoft Azure and Google Cloud. The platform enables customers to help analyze and manage cloud cost, usage, security, and performance centrally for native public clouds.