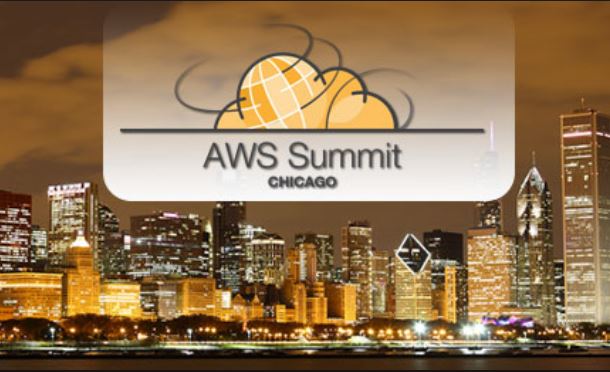 As FierceCIO sagely described it, “The AWS cloud runneth over” with Amazon Web Services news items April 19 at the AWS Summit in Chicago.

The company announced a number of new offerings at the conference, including an automated security assessment service, an 80TB Snowball storage appliance, support from Commvault for Snowball and remote access to devices for interactive testing.

AWS, which celebrates its 10th anniversary this year, is facing a number of new and old competitors, including Google, Microsoft and others. The Seattle-based Web services giant is now facing its most serious competition after leading the cloud services market for all of the last decade.

Amazon Inspector, the vendor’s automated security assessment service, has completed its preview phase and is now available to all users, according to the company. The service helps users improve the security and compliance of their applications running on Amazon Elastic Compute Cloud (Amazon EC2) by identifying potential security issues, vulnerabilities or deviations from security standards.

Inspector has no upfront costs or infrastructure to manage, the company noted. Users pay only for the assessments instances they run, with the first 250 assessments free for the first 90 days.

Conventional vulnerability assessment tools can automate assessments, but they require users to deploy and manage back-end infrastructure. As deployment and operations models become more agile, both developers and central security teams are looking for a way to more easily conduct security assessments and integrate them into the development and deployment life cycle.

Amazon Inspector makes this possible by providing a set of APIs developers can deploy to automate security assessments of production systems.

For example, with a few clicks in the AWS Management Console, users can deploy AWS tags to identify the Amazon EC2 instances they want to assess, specify the associated applications, select from a prebuilt list of tests and set a time duration. Inspector analyzes an application’s configuration and activity, looking for a wide spectrum of possible vulnerabilities across Amazon EC2 instances and collecting information such as how the application communicates with other AWS services, whether it uses secure channels and the network traffic between instances.

Inspector then compares this information against AWS’ extensive rules packages, which represent thousands of potential security vulnerabilities, that AWS continuously updates with the latest threat intelligence. Once an assessment of the application’s Amazon EC2 environment is completed, users can view the findings, along with detailed recommendations for remediation, in the Amazon Inspector console.

Members of the AWS Partner Network, including Alert Logic, Splunk, Sumo Logic, Observable Networks, Palerra and CloudLock, have integrated their security management solutions with Amazon Inspector, enabling users to fully automate the remediation process. These partners further extend the functionality of Amazon Inspector with their large set of security services optimized for AWS.

Amazon Inspector is now available as a fully managed service in the U.S. East (Northern Virginia), U.S. West (Oregon), EU (Ireland) and Asia Pacific (Tokyo) regions, and will expand to additional regions in the coming months.

Designed as the new generation of AWS’ HDD-based storage, the Amazon EBS volumes are optimized for jobs such as processing logs or streaming data with Kafka, performing cluster data analytics with MapReduce, data warehousing or for storing less-frequently accessed workloads.

Amazon EBS users pay only for the storage they provision, with no additional charges for throughput, and prices start at 2.5 cents per GB per month.

Amazon introduced a new 80TB Snowball appliance that enables even more data to be moved in or out of AWS using fewer instances. Building on the existing 50TB Snowball, the 80TB Snowball can move 60 percent more data in a single job, which reduces per-job fees and shipping costs and results in faster data migration, according to the company.

The newest Snowball uses 256-bit encryption and the Trusted Platform Module to ensure security. It has a 10GBaseT network connection that enables users to fill the device in as quickly as a single day. The Snowball pricing is an even $250 per job, not including shipping, and is available in various regions in the United States, EU and Asia Pacific.

The new support enables workloads under Commvault management to be transported to Amazon S3, Amazon S3-Infrequent Access and Amazon Glacier cloud storage through AWS Snowball, accelerating migration and disaster preparedness, according to the company.

Commvault is able to accelerate workload portability on AWS and provides disaster recovery options in the cloud. This new support enables faster migration of large amounts of data and helps eliminate bottlenecks in network and Internet connections, the company noted.

More information on Commvault’s support for AWS can be found here.

AWS also launched a new feature that offers users remote access to devices such as smartphones and tablets for interactive testing. The company said that users simply need to open a new session on the desired device, wait until the device is available and then interact with it via the AWS Management Console.

Users can gesture, swipe and interact with devices in real time directly through a browser as if the device was on your desk or in your hand, an AWS staff member wrote in a blog post. This includes installing and running applications, he said.

Go here for more information on all the AWS announcements.