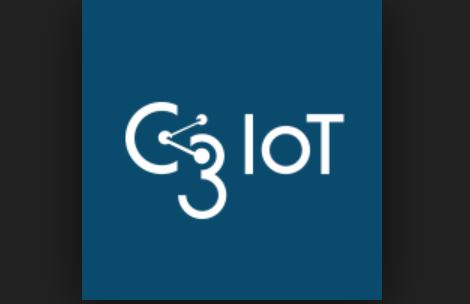 The CEOs of both companies held a joint news conference in Paris to sign and announce the multimillion-dollar agreement, the details of which were not released. ENGIE has a large and growing set of customers in Europe.

Siebel helped start up Oracle in the 1970s and Siebel Systems in the 1990s.

When everything gets up and running, this will become one of the largest—if not the largest—IoT management deployments in the world, Siebel said. It expects to process about a petabyte of data per day and possibly more, he said.

C3 IoT’s product set will enable ENGIE to use the power of elastic cloud computing, big data, analytics, machine learning and the IoT to enhance ENGIE’s position in digital innovation.

The C3 IoT Platform uses the Amazon Web Services (AWS) Cloud for all its processing and storage. Additionally, the C3 IoT Platform is fully integrated with AWS IoT, a managed cloud service that lets connected devices easily and securely interact with the cloud.

By standardizing its global business units on the C3 IoT platform, ENGIE expects to unlock valuable business insight from the vast data across its global infrastructure to realize operational efficiencies.

The C3 IoT Platform, which was seven years in development, is a platform as a service (PaaS) for the design, development, deployment and operation of next-generation applications and business processes. The applications apply advanced machine learning to recommend actions based on real-time analysis of petabyte-scale data sets, dozens of enterprise and extraprise data sources, and telemetry data from tens of millions of endpoints.

The C3 IoT Platform is currently in large-scale production at 21 leading enterprises in North America and Europe.

“If you look around, there are several companies like General Electric, Pivotal and a few others who talk a lot of about IoT deployments, but they don’t have any yet,” Siebel told eWEEK. “We now have 22 of them.”

C3 IoT, based in Redwood City, Calif., was founded in 2009 and has about 200 employees. It has raised $41 million in three rounds of venture funding and has already made one acquisition, Efficiency 2.0, in 2012.

ENGIE, which is evolving as the new name for GDF SUEZ around the world, manages a range of energy businesses in the United States and Canada, including electricity generation and cogeneration, natural gas and liquefied natural gas (LNG) distribution and sales, retail energy sales, and services to help customers run their facilities more efficiently and optimize energy use and expense.

Globally, the company is present in 70 countries and employs 154,950 people.